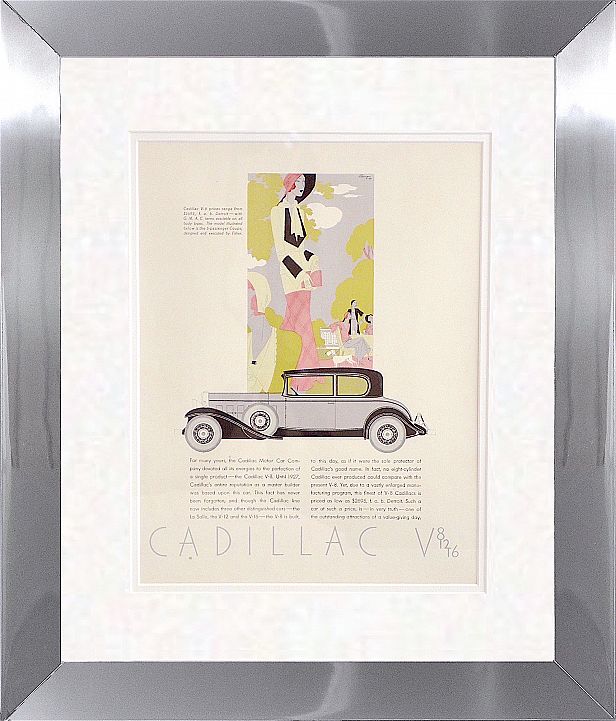 This is another original magazine advertisement from the Art Deco period. This is signed L Benigni '31 and depicts a silver Cadillac in the foreground with descriptive text and a rectangular decorative section in the background depicting a stylishly dressed woman with seated women and a dog in the background in a country setting. Silver metallic ink has been used to colour the Cadillac and in the fashion illustration.