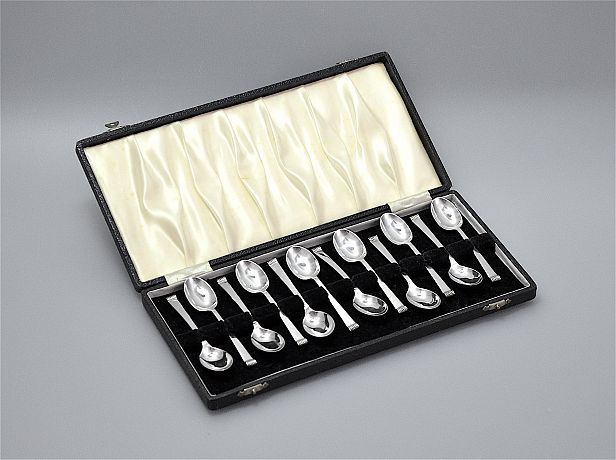 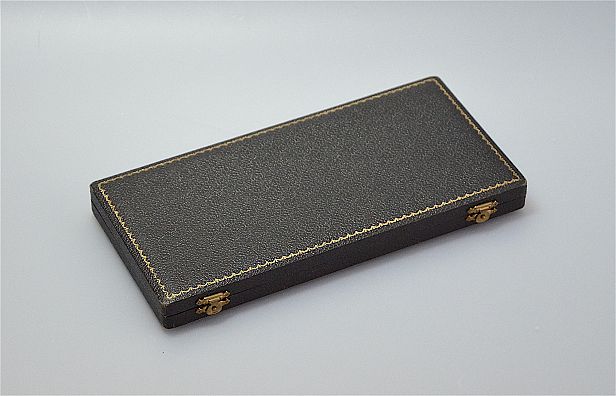 These coffee spoons were made by the Sheffield silversmiths Cooper Brothers & Sons in 1957. Each of the 12 spoons has a ridged domed finial above a plain stem and bowl and are hallmarked by the Sheffield Assay Office for silver, 1957 and with the sponsor's mark "CB&S" for Cooper Brothers & Sons. They are presented in a black box lined with cream silk and black velvet. A really elegant set.

Cooper Brothers & Sons
Founded in 1866 in Sheffield as Cooper Bros.
By 1871 they were based at 14½ High Street being described as manufacturers of electro-plated and nickel silver spoons and forks.
By 1876 the firm was in Bridge Street and in 1885 they purchased the Arundel Street works where they remained until 1983.
In 1895 the business became a limited liability company under the name of Cooper Brothers & Sons Ltd.
In 1983 the business was acquired by Frank Cobb & Co. Ltd