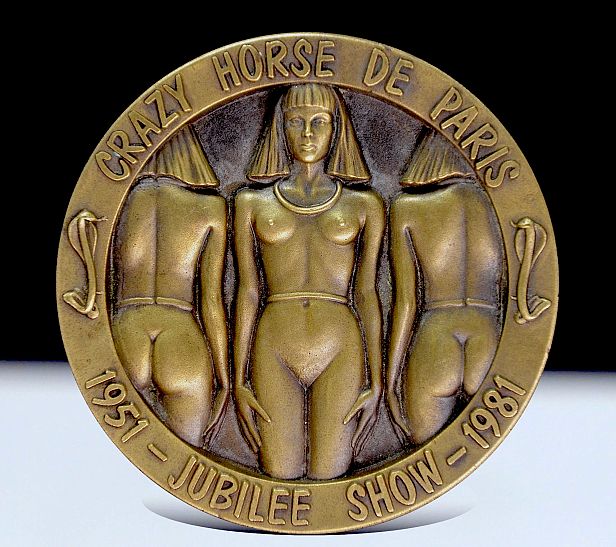 Le Crazy Horse de Paris
Le Crazy Horse Saloon or Le Crazy Horse de Paris is a Parisian cabaret club known for its stage shows performed by nude female dancers and for the diverse range of magic and variety 'turns' between each nude show and the next.
The Paris Crazy Horse occupies former wine cellars (12 were knocked into one) at 12 Avenue George V.
Alain Bernardin opened it in 1951 and ran it until he committed suicide in 1994. Many of the original waiters (their names stitched in large letters onto the backs of their waistcoats) were also substantial shareholders in the original company. The enterprise remained a family business, in the hands of Bernardin's three children, until 2005, when it changed hands.