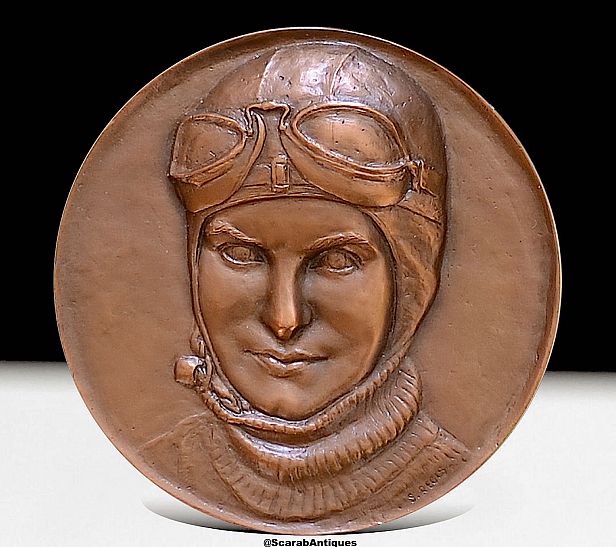 This is a very substantial bronze medal by S Regis . The obverse depicts Hélène Boucher cast in high relief and is signed "S Regis". The reverse depicts the underside of a plane presumably of a type flown by her. "Hélène Boucher" is embossed around the top of the medal and there is a citation from the Ordrede la Nation across the bottom half of the medal. The rim is stamped "1985 Bronze" and has the cornucopia mark of La Monnaie de Paris". The medal is accompanied by a paperback book entitled "Hélène Boucher" written in French by Paul Thorval that contains photographic plates.

Hélène Boucher
(23 May 1908 - 30 November 1934)
Hélène Boucher was a well-known French pilot in the early 1930s, when she set several women's world speed records, including one which was also a world record for either sex. She was killed in an accident in 1934. For more read the book!!