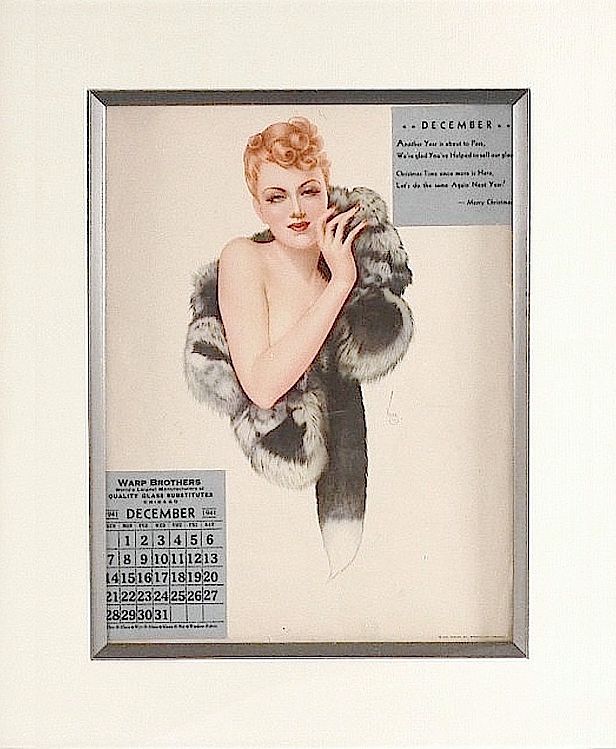 This extremely stylish picture is a Varga Pin-up Girl calendar for December 1941 that has been taken from the American Esquire Magazine of the same date. We have framed this in a silver tone slip, with an outer cream mount and a chrome frame.
Alberto Vargas worked for Esquire magazine for the period 1941- 46 under the name "Varga" ( the "s" was removed from his name at Esquire's suggestion to give a more exotic tone) during which time he produced a series of glamorous pin-up girl calendars and centrefolds. He later went on to produce centrefolds for Playboy in the 1960s but those works were signed Vargas as he was prevented from using the name Varga as Esquire had patented that name just before they parted company.