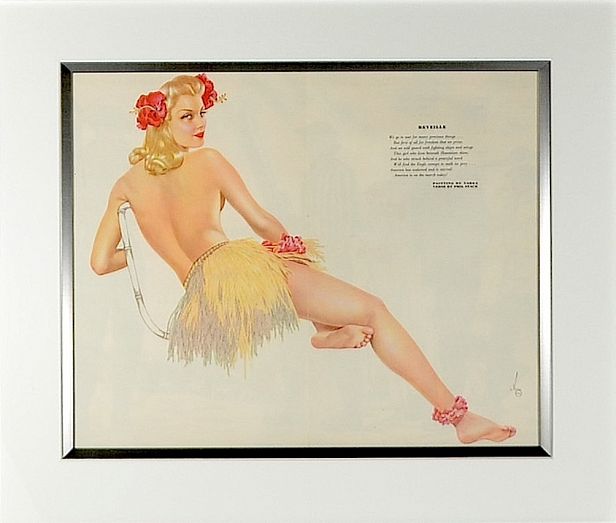 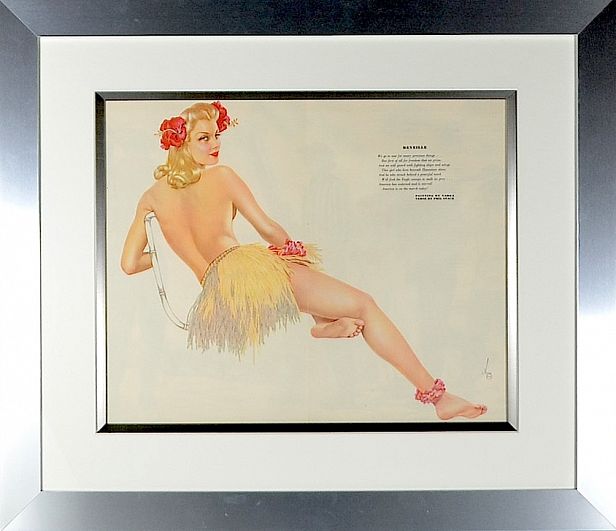 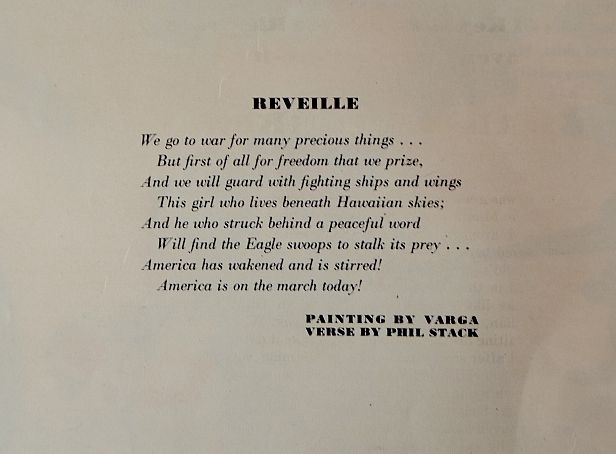 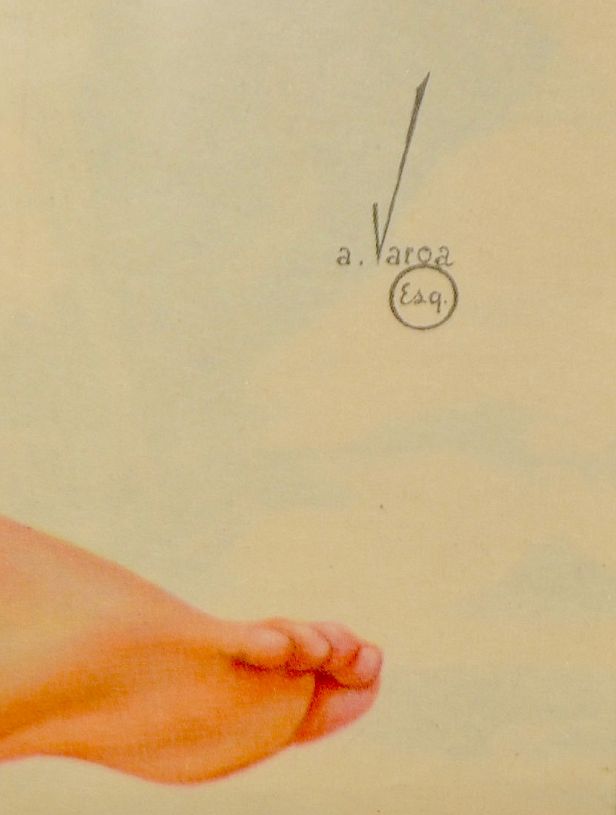 This very evocative picture is a 1940s Varga "Pin-up Girl" centrefold from the American magazine Esquire. It depicts a seated blond haired female with exotic red flowers in her hair and round one wrist and ankle and wearing a grass skirt. There is a poem in the top right hand side of the centrefold entitled "Reveille". We have framed this in a silver tone slip, with an outer cream mount and chrome frame.