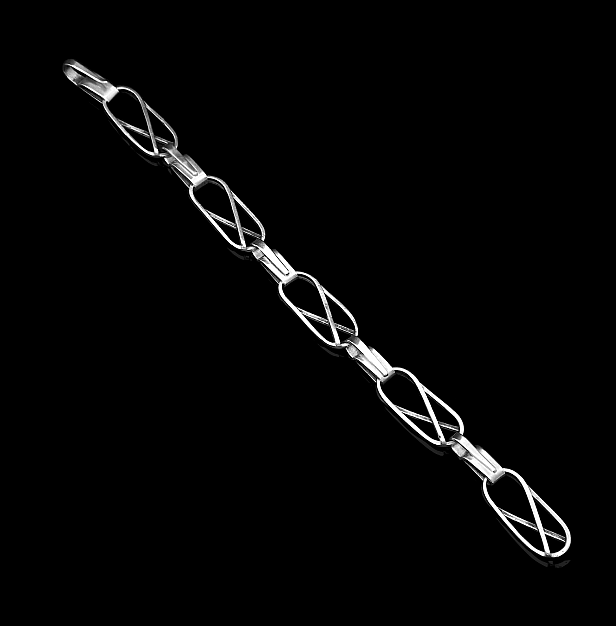 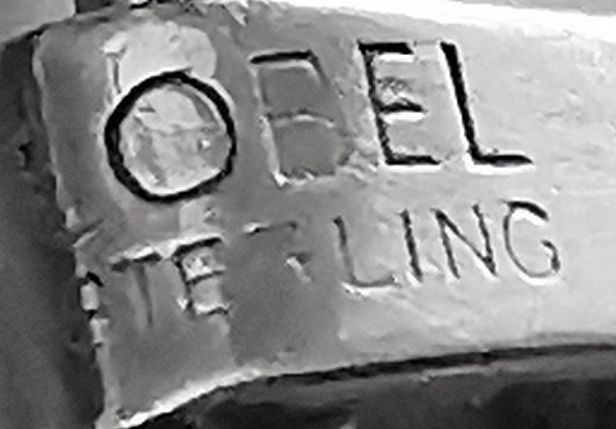 This very elegant American modernist silver bracelet is by Paul Lobel & was probably made during the 1950s.

It consists of 5 large oval open work links with a figure of 8 pattern connected by 4 geometric rectangular links.

There is a hook fastener.

One link is stamped "Lobel Sterling".

Paul Lobel
(1899-1983)
Born in Romania he came to the United States as a child.
Multi talented during his lifetime he worked as a jeweller, painter, cartoonist sculptor glass designer furniture & silver hollow ware.

He studied mechanical drafting at the Mechanic’s Institute and was then apprenticed to an electrical construction company, later working as a junior draftsman for the U.S. Rubber Co.
At the beginning of World War I he enrolled in a radio operator’s course run by Marconi.
After the War he joined the merchant marine but when this was downsized he enrolled & studied commercial art at Pratt Institute and studied illustration with the cartoonist Boordman Robinson at the Art Students League.
He produced sketches for The New Yorker & Collier’s Weekly but a visit to the 1925 Paris Exposition stimulated an interest in metalwork and in 1926 he had a one-man show in Paris showing sculptures, drawings, metalwork & etchings.
Returning to New York City he went back into advertising but he exhibited his sculptures in the 1928 National Arts Club ‘s Exhibition of Decorative Arts.

From 1929-39 he was mainly involved in industrial design participating in numerous contemporary art & decorative exhibitions.
During World War II he opened a shop in Greenwich village where he began to create jewellery & small sculptures that were mostly modernist in form but with a nod to Art Deco.

Lobel closed his shop in the 1950s.
He returned to industrial design in the 1960s and worked in plastics in the 1970s.