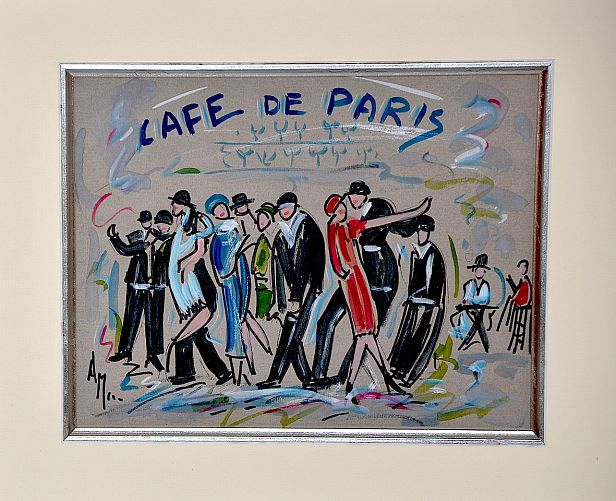 This is a very evocative mixed media depiction of dancers in the Cafe de Paris. It is newly framed with a silver tone slip, cream outer mount and black lacquer frame. It is signed A Meurice and was probably painted in the 1930s.

We have ascertained that Meurice was born in the late 19th century and died in anonymity in the 1950s in Mougins, Alpes-Maritimes. Apparently something of a bon-viveur he rarely worked on canvas due to the cost of the same and used whatever was to hand. He mostly worked in watercolour but also in watercolour and oil.