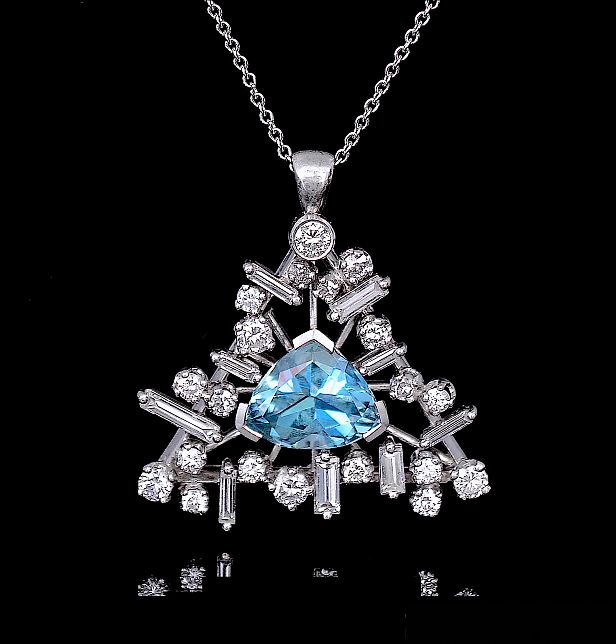 This is quite a statement pendant! Handmade in platinum to Alan's design it has a trilliant cut aquamarine set in the centre of the triangular platinum diamond set surround with platinum bars radiating out from the aquamarine to the surround. the surround is randomly set with 9 baguette and 20 round cut diamonds the former in rubber settings and the latter in claw settings with a further round diamond in a rubover setting at the apex of the surround.

The pendant hangs on a platinum trace chain that runs through the loop at the top of the pendant. The pendant is hallmarked by the London Assay Office for platinum and 2019 and bears the sponsor's mark "A&SP" for Alan & Sue Poultney. The aquamarine was cut by Alan from a piece of rough aquamarine.