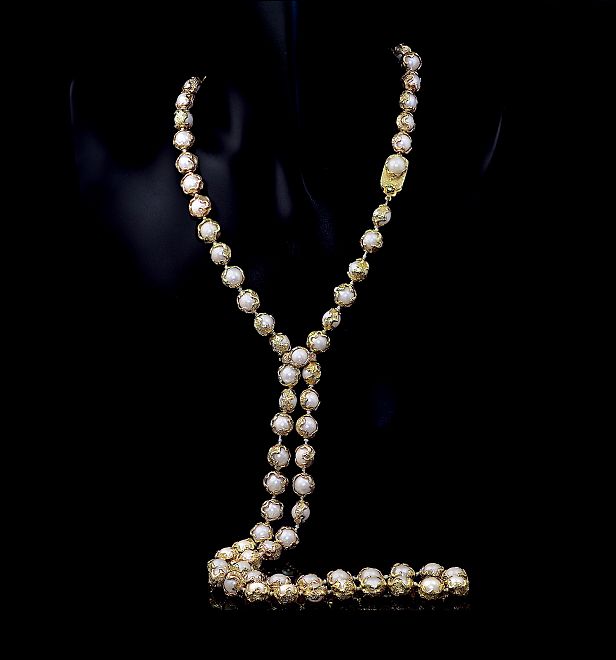 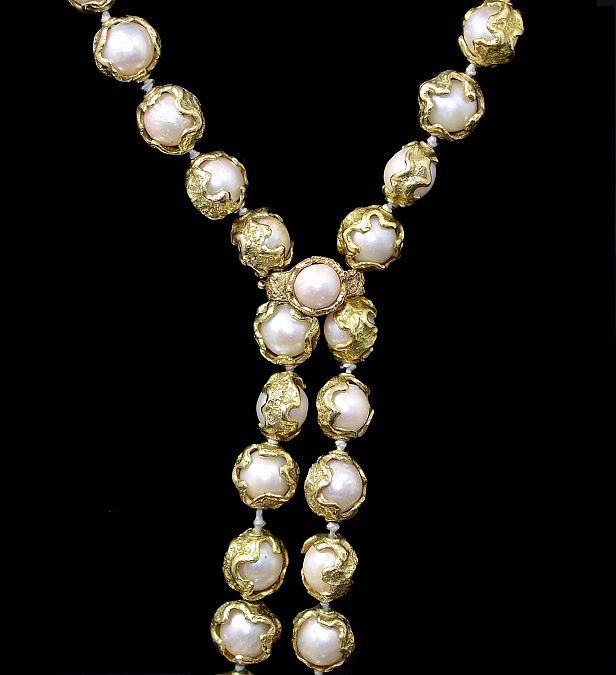 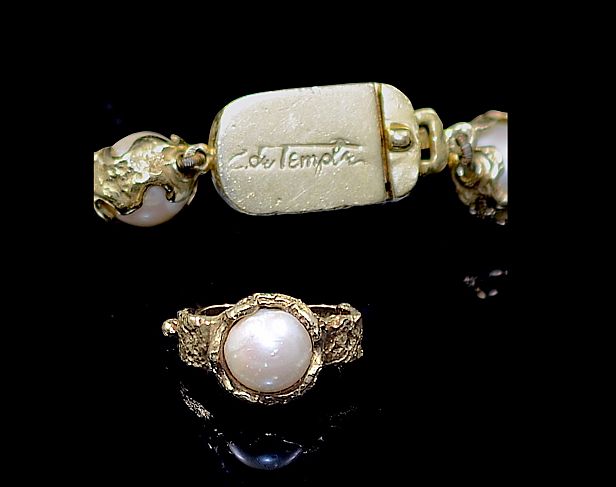 This fabulous necklace is by Charles de Temple.

It is a long rope of 71 pearls that are wrapped in 18ct yellow gold textured surrounds/cages.
The 18ct yellow gold oblong box fastener has rounded edges and is set with a wrapped pearl.
There is a also a textured 18ct yellow gold pearl clip set with a wrapped pearl that can be used to clip the rope together or to create a double strand necklace.
The reverse of the fastener is script signed "C de Temple" and the fastener is hallmarked by the London Assay Office for 1977, 18ct gold and is stamped "CdeT" for Charles de Temple.

Charles de Temple
Charles de Temples was born in Mexico in 1929 and was brought up as part of the Ringling Brothers Circus, touring across America.
He began his artistic career as a sculptor before moving to the UK in his mid 20s where he became known for his large, extravagant and sculptural statement pieces, designed for the modern woman.
His work was in high demand in London and on 14 February 1978 de Temple opened his retail outlet at 52 Jermyn Street – on the corner of London’s Piccadilly Arcade & Jermyn Street.
He designed individual collections for St. Laurent, Lanvin, Cardin & Balanciaga.
He made two one-off commissions for James Bond films: the Goldfinger that Honour Blackman wore at the 1962 premiere of that film and the ring given by Bond (George Lazenby) to Tracy (Diana Rigg) in the1969 film On Her Majesty’s Secret Service. When this ring was sold at auction in 2019 it made over £50,000.00.