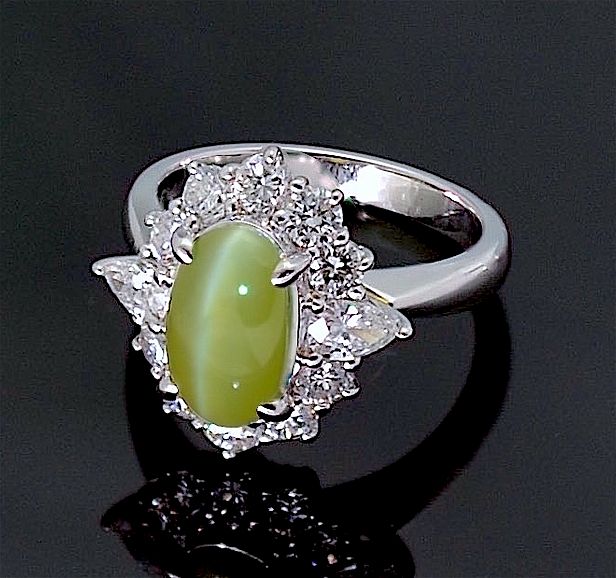 This gorgeous platinum ring is set with an oval cabochon cut chrysoberyl cat's eye set in a cluster of 10 round diamonds and 2 pear shaped diamonds, the pear shaped diamonds being set at 3 & 9 o'clock. The stones are claw set in a platinum basket above a platinum shank that has been hallmarked by the London Assay Office for platinum and 2015 and bears the sponsor's mark "A&SP" for Alan & Sue Poultney.

Weights, colours & clarities of the stones are estimated as the stones have been examined and measured in their settings. Where the stones carry an independent certificate this will be indicated