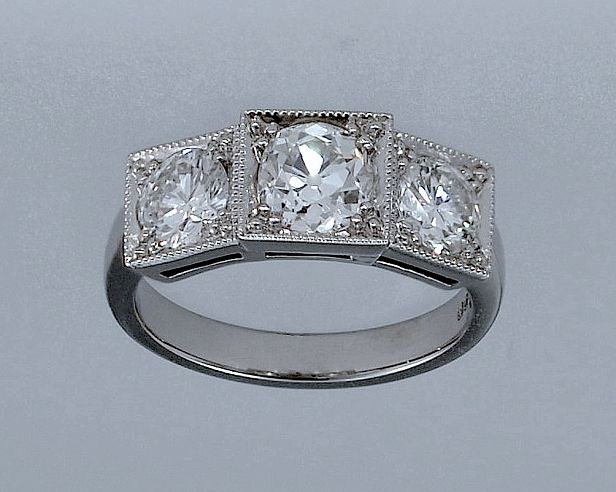 This beautiful contemporary ring is made of platinum and has three diamonds set in four 3-bead claws in a mille-grained box setting above a platinum shank. The ring has been handmade to Alan's design and has been hallmarked by the London Assay Office for platinum, 2014 and bears the sponsor's mark "A&SP" for Alan & Sue Poultney.