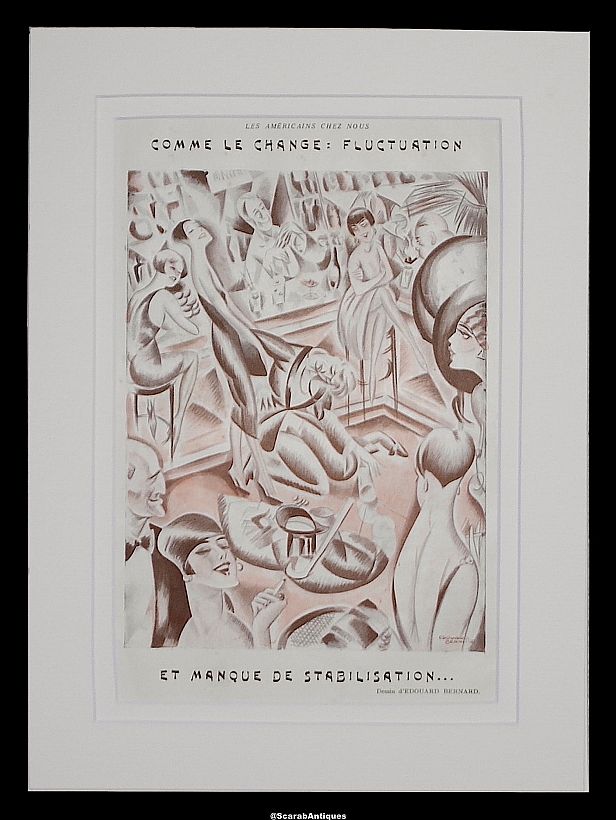 This is a superb illustration from Fantasio magazine. The illustration is by Eduoard Bernard and depicts a busy bar scene with clientele in 1920s fashion done in pinks creams & sepia. The captions are "Les Americans chez nous Comme le Change: Fluctuation et Manque de stabilisation". Presented in a double cream mount.