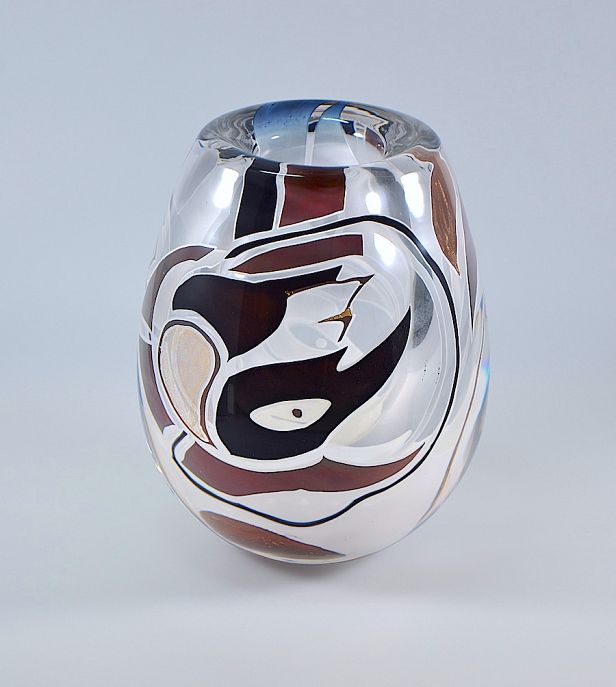 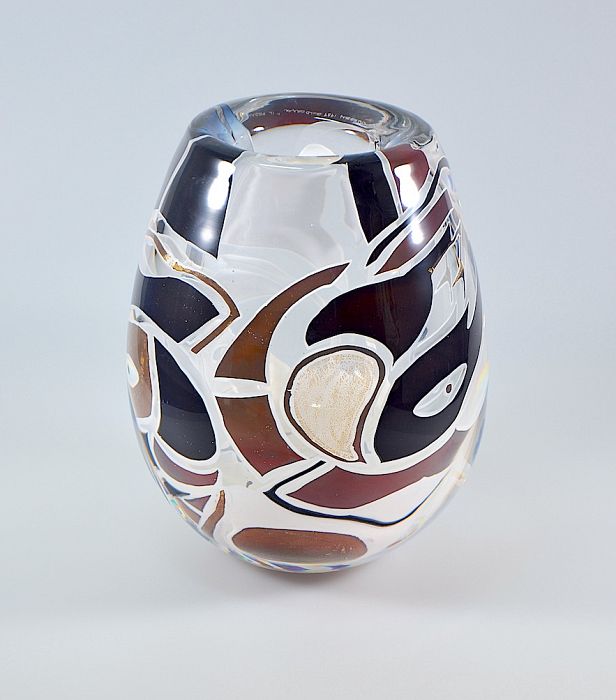 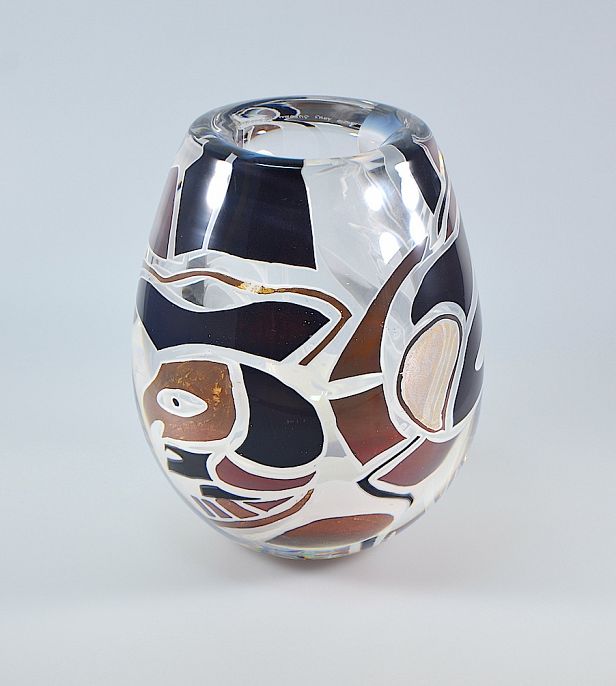 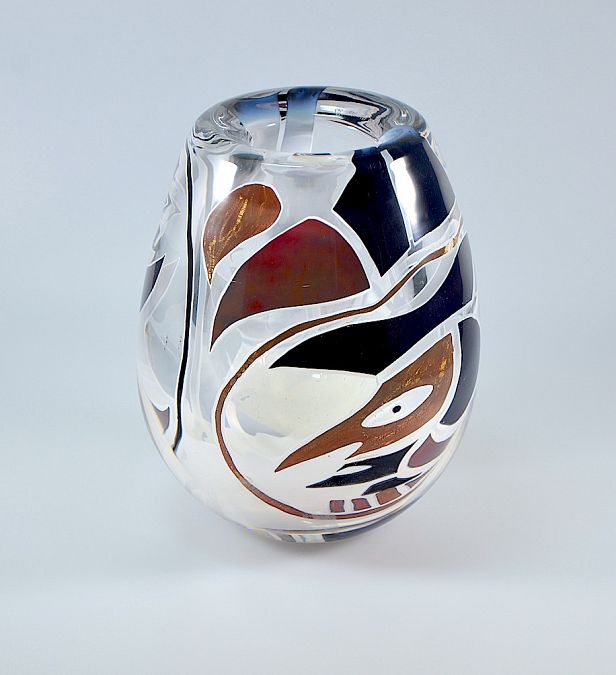 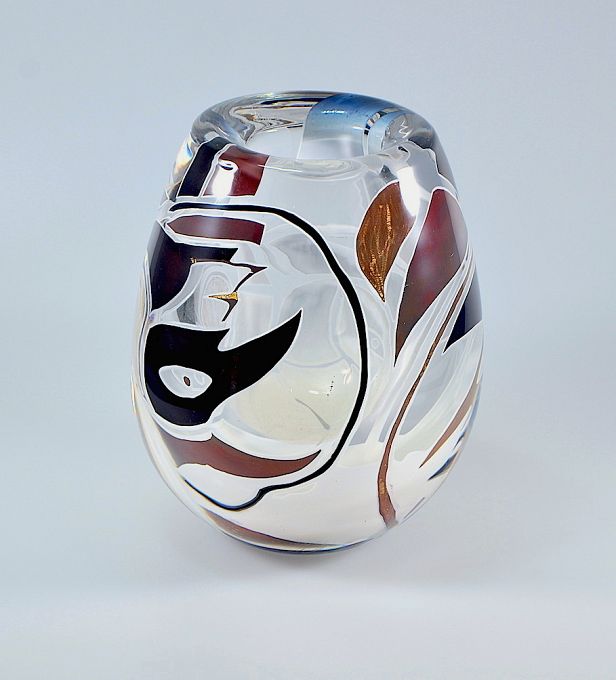 This fantastic graal vase is by Hanne Dreutler and Arthur Zirnsack for the Swedish company Studio Ahus. It is ovoid shaped and has what appears to be an abstract design in black, shaded terracotta, cream & gold but which on closer examination could be birds or a totem. It is signed all around the inside top rim "Studio Ahus Sweden 1989 Guld Graal "Il Pedante" Hanna Dreutler- Arthur Zirnsack No 121 - 1/20" followed by the Studio Ahus mark. A really fabulous piece of glass.

Hanne Dreutler/Studio Ahus
Hanne Dreutler was born in Germany and studied from 1959-1960 at the Kunst Hochschule in Basel, Switzerland, after which she moved to Stockholm and from 1961 - 1966 she studied at the College of Arts. Her qualifying piece of silver in 1967 was awarded the bronze medal. Between 1966-1977 she worked as an independent silversmith in Stockholm. During the period 1968-1971 she worked for the Målerås and Flygsfors glassworks moving to Kosta Boda in 1971-1975.
Hanne Dreutler met Arthur Zirnsack at Kosta Boda where they worked under Vicke Lindstrand. Dreutler & Zirnsack married and the couple started their own glasswork, Studio Ahus in Ahus in the southeast of Sweden in 1977, continuing the famous traditions of Scandinavian glass art. Lindstrand worked at Ahus after he retired from Kosta Boda.
In 1993 Studio Ahus was granted the appointment to the King of Sweden.
Hanne Dreutler died in 2009 but Studio Ahus continues although it is now run by their son Martin Zirnsack and Lennart Nissmark