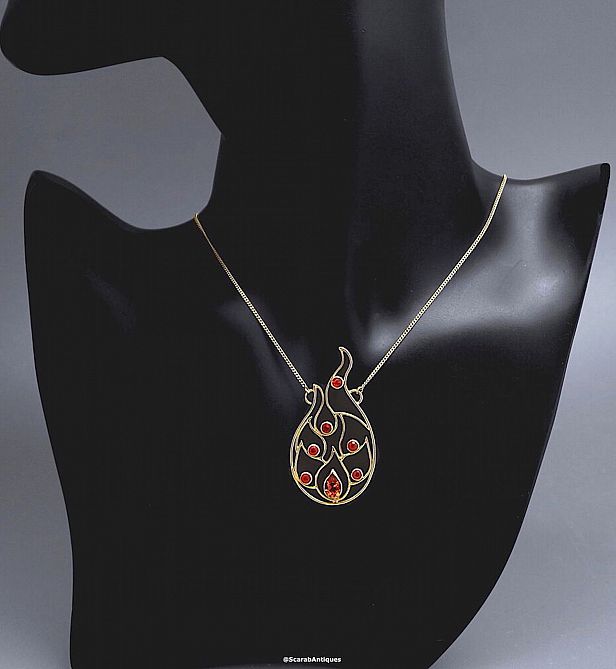 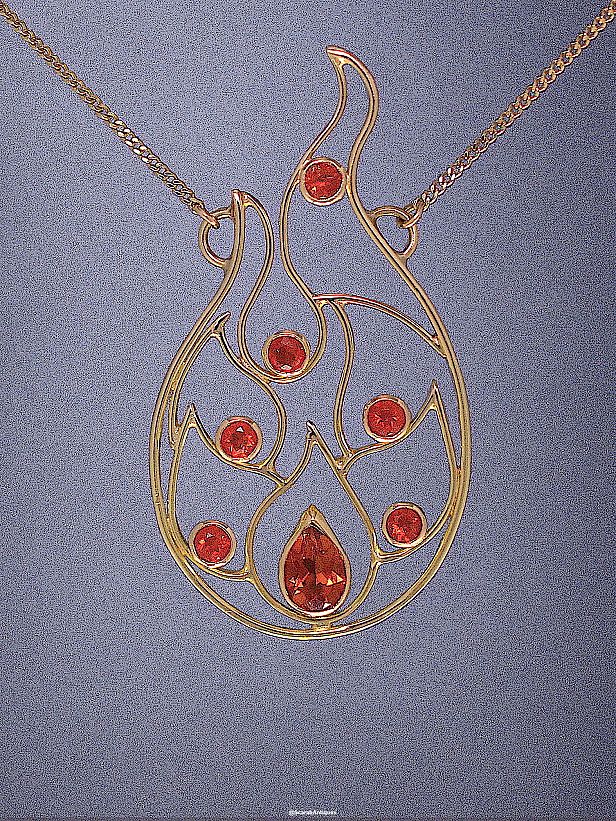 This gorgeous 18ct yellow gold pendant was designed and handmade by Jean Wilkinson. Designed as and known as Flames it comprises a series of flame like gold wire sections rubover set with 6 round fire opals and a pear shaped orange garnet It hangs on a fine 18ct yellow gold chain.