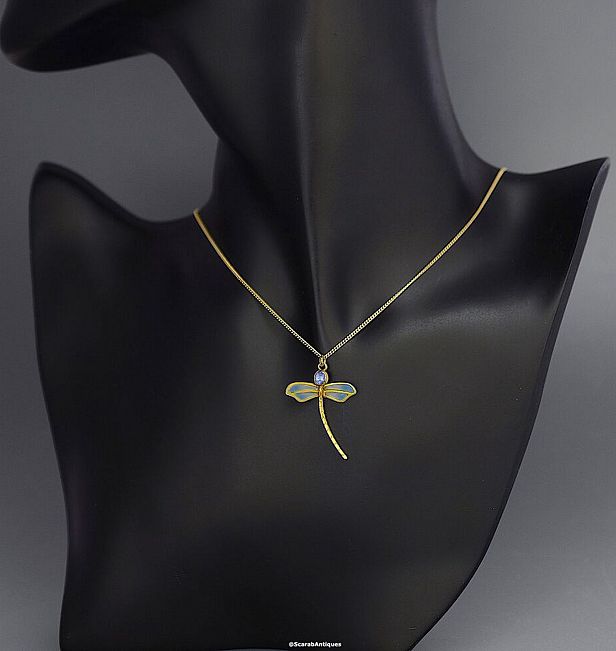 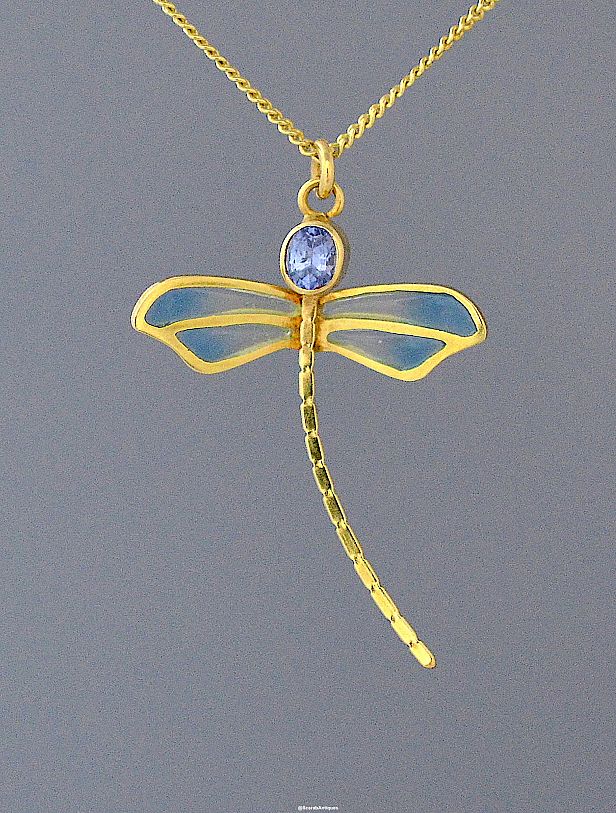 This lovely pendant & chain has been designed and handmade by Jean Wilkinson. The 18ct yellow gold pendant is designed as a dragonfly with a round blue sapphire for a head and wings in pale blue & pale yellow plique a jour enamel. The slim curving body has been textured to represent a dragonfly's segmented body. The pendant hangs from a fine 18ct yellow gold chain.