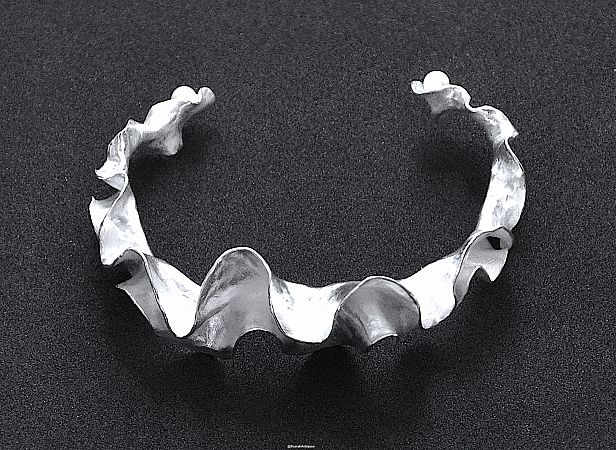 This lovely elegant bangle is made by Jean Wilkinson in silver & pearl and is the match for Anticlastic necklace that is on the site. The bangle is also know as Anticlastic because the front section curves in opposite ways. Each end of the bangle is set with a white pearl and the inside is brushed.