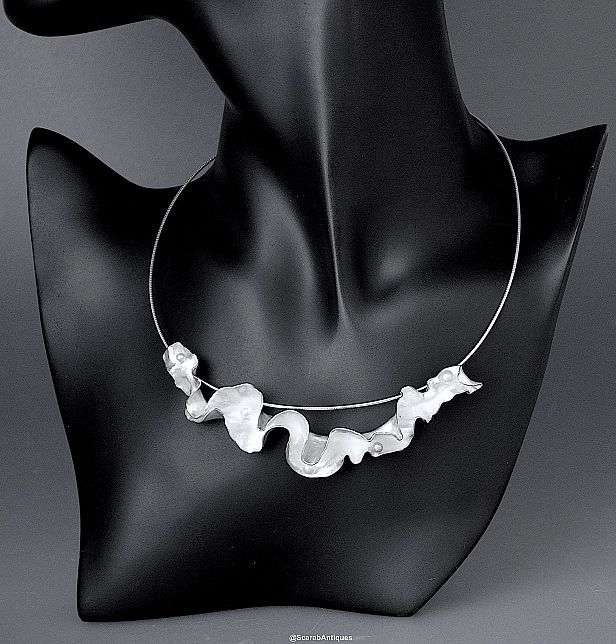 This is a lovely necklace made by Jean Wilkinson in silver & pearl. Know as Anticlastic because the front section curves in opposite ways, the inside is brushed and irregularly set with 5 pearls of various sizes in colours of white & grey. The front section runs on a silver cable chain.