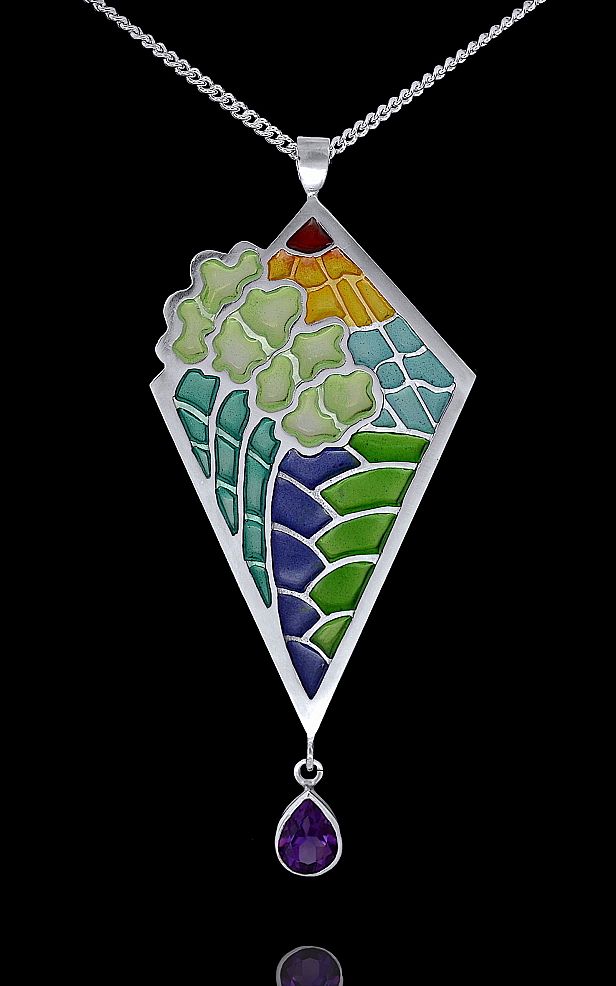 Made by award winning enamelist & silversmith Jean Wilkinson in silver it has a pattern in multi coloured plique a jour enamel reminiscent of the sun rising over a landscape.
It is kite shaped with scalloped protrusions on the left side with a pear shaped amethyst drop in a silver rubover setting.

It hangs on a bright silver spiga chain.

Hallmarked by the London Assay Office for silver 2020, it bears the sponsor's mark "JW" for Jean Wilkinson.

The pendant is known as "Clarice" - can you guess the inspiration?