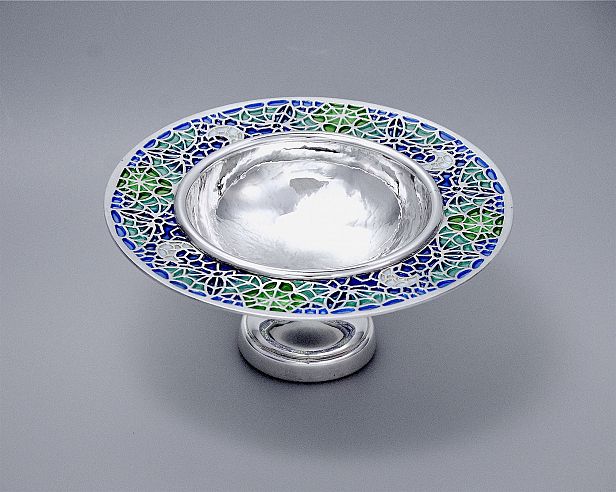 This is a really lovely pedestal bowl that was made by Jean Wilkinson in 2011. The pedestal has a round graduated domed base with a funnel shaped stem supporting a deep plenished silver bowl. The wide flat plique a jour rim is decorated with 4 opalescent white plique a jour crescent moons, 8 turquoise & cobalt blue plique a jour bats and 4 peridot green plique a jour cobwebs. The inside rim of the foot is hallmarked by the London Assay Office for silver, 2011 and bears the sponsor's mark "JW" for Jean Wilkinson.