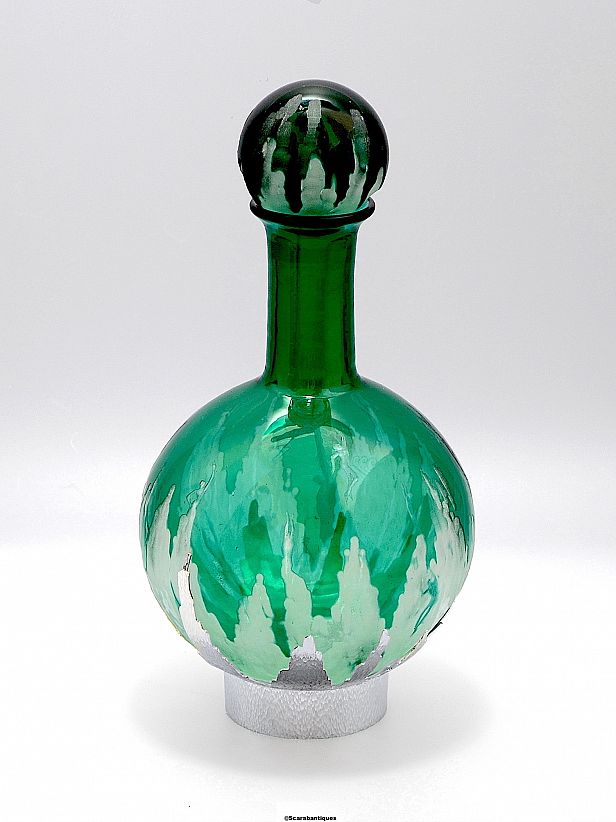 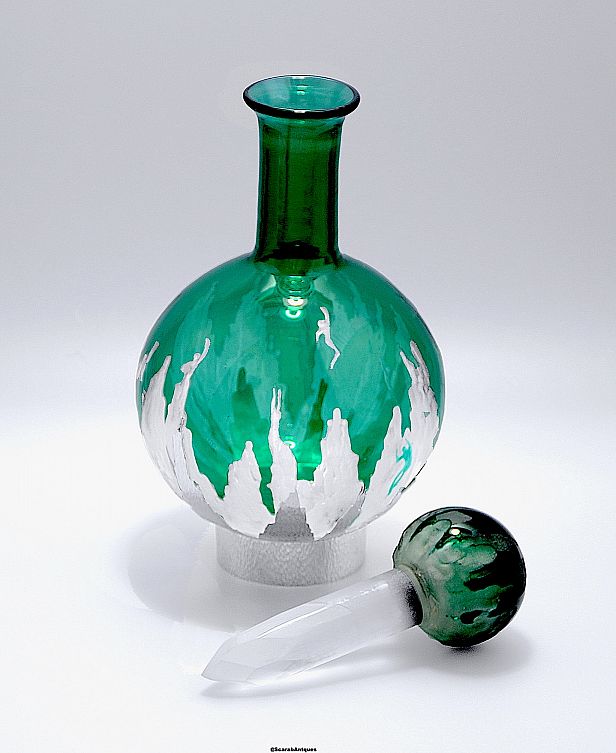 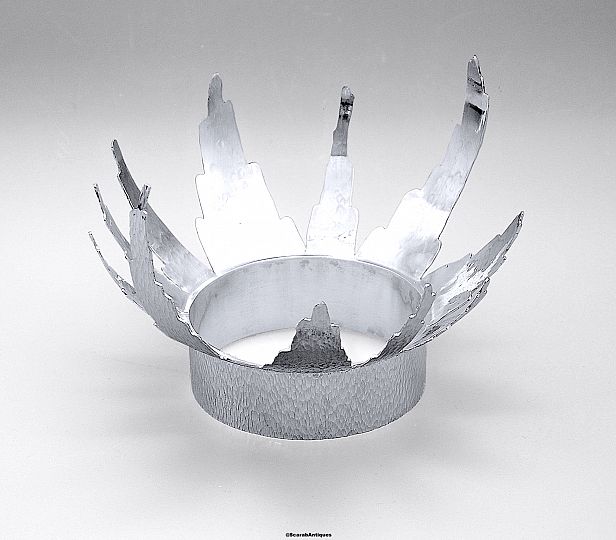 We bought this decanter a number of years ago because we just loved it but we have only just had the silver stand made for it. Until now it has languished in a box as it would not stand upright because of the rounded bottom.. The green decanter has been engraved with what I think are icebergs that have been frosted & from which numerous frosted and non-frosted people ascend, some dive off and there are several hidden within the icebergs themselves. The top of the large stopper has also been engraved with icebergs whilst the foot of the stopper has been cut to look like a frosted shard of ice.
The silver stand has been designed and made by Jean Wilkinson specifically for the decanter. It has a deep circular foot with planished silver iceberg shaped fingers projecting from the base to support the decanter and echo the iceberg theme. The stand is hallmarked by the London Assay office for silver & 2018 and bears the sponsor's mark "JW" for Jean Wilkinson.
We gave Jean carte blanche on the design when we commissioned her to make the stand - we think she has done a superb job of capturing the spirit of the decanter.
We have no idea who may have made and/or engraved the decanter but feel that it is unlikely that there are many more and certainly the stand is unique.