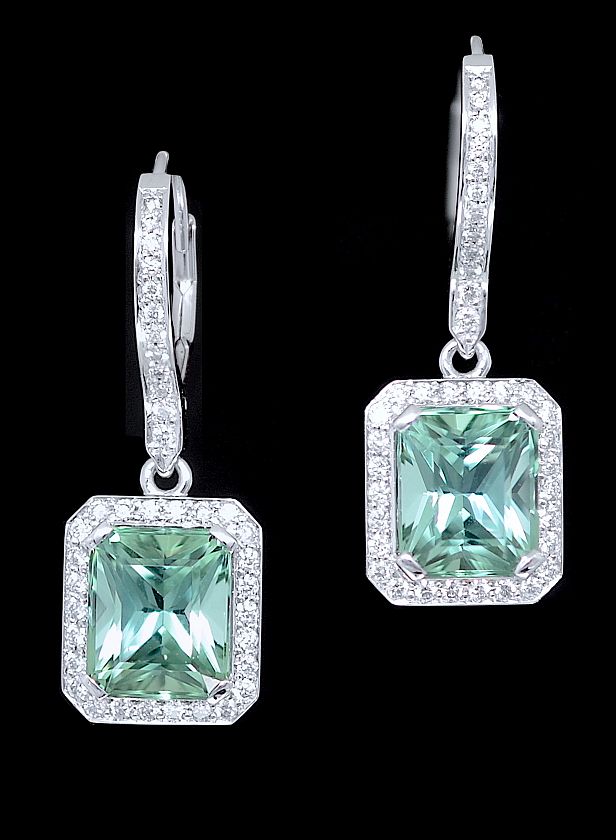 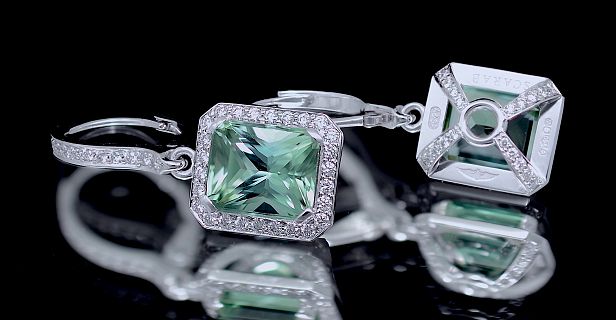 These beautiful earrings are by Jewels by Scarab & have been made to Alan's design using tourmalines cut by Alan from the rough material.

The top section of each earring is a platinum diamond set hoop suspended from which is an articulated emerald shaped platinum drop.
In the centre of each drop is an emerald cut African Pariba tourmaline.
The surround is diamond set.
The reverse of each drop has 4 domed diamond set bars.

The reverse of each drop is hallmarked by the London Assay Office for platinum & 2022 and bear the sponsors mark "A&SP" for Alan & Sue Poultney.
The word "Scarab" and the Jewels by Scarab winged beetle logo are also lasered onto the reverse of the drops.