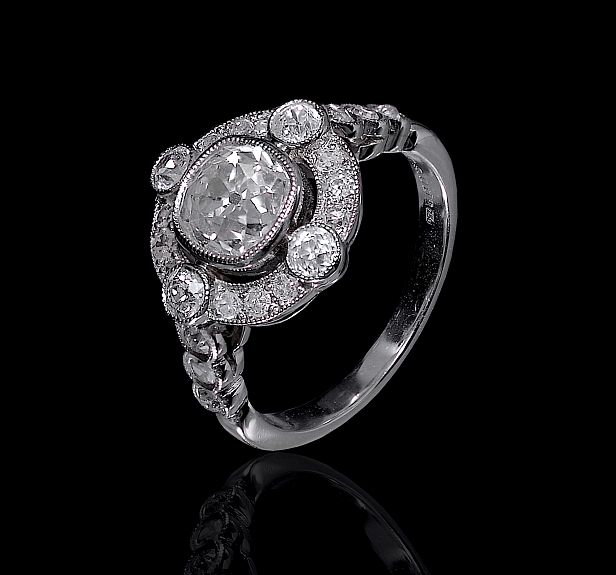 This beautiful diamond & platinum ring is made to Alan's design and is part of the Jewels by Scarab range.

There are 3 round diamonds in mille-grained rubover settings set into each platinum shoulder above a platinum shank.
The ring is hallmarked by the London Assay office for platinum & 2018 and bears the sponsors' mark "A&SP" for Alan & Sue Poultney.