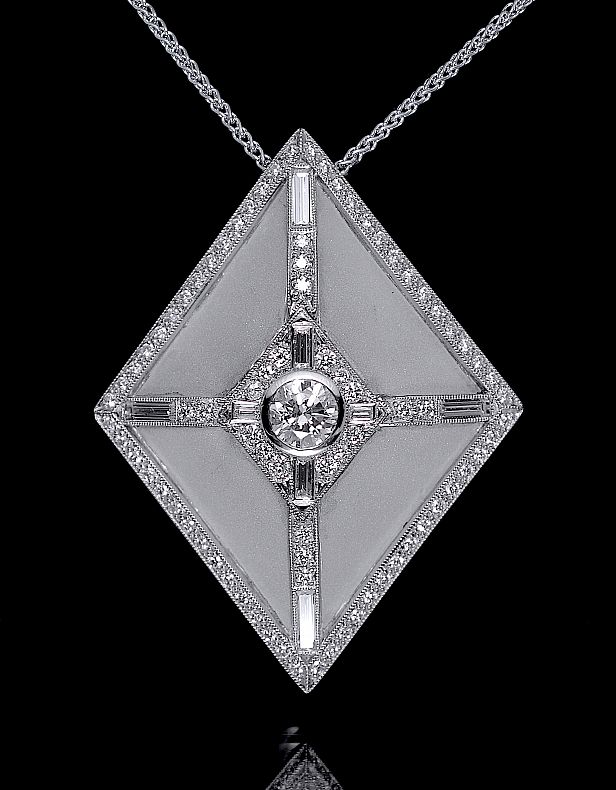 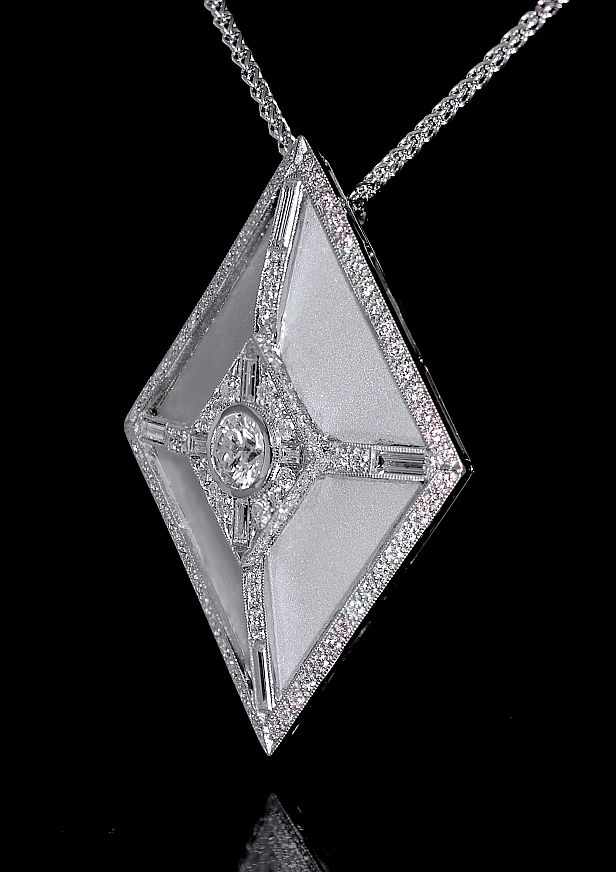 The mille-grained borders of the pendant are grain set with 60 round diamonds.
Within those borders is a sloping raised sand blasted platinum plate that is divided into four sections by four raised platinum diamond set setting that run from 12, 3, 6, & 9 o'clock on the outer border o'clock to the central kite shaped diamond set section.

The pendant hangs on an 18ct white gold spiga chain that runs thought the back of the top of the pendant allowing the pendant to run freely on the chain.
The pendant is hallmarked by the London Assay Office for platinum 2014 and bears the sponsor's mark "A&SP" for Alan & Sue Poultney.