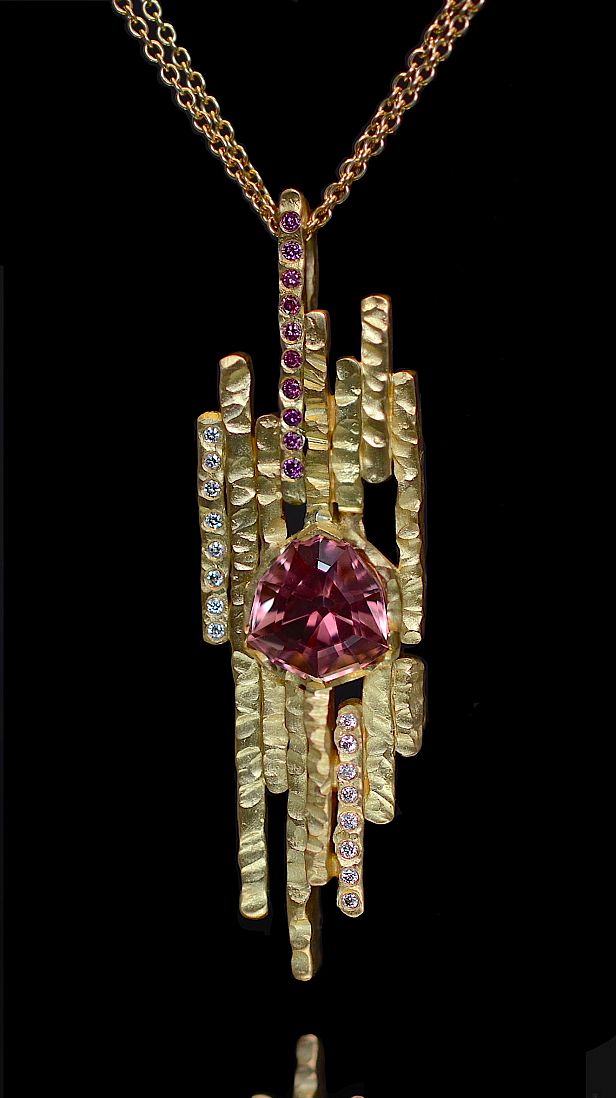 This is an amazing & fabulous pendant that is part of the Jewels by Scarab range.

The domed pendant is made of a series of joined & textured 18ct yellow gold bars of varying lengths.

The pendant hangs on a double 18ct yellow gold chain.

It is hallmarked by the London Assay Office for 18ct gold, 2020 and with our sponsor's mark "A&SP" for Alan & Sue Poultney.
The winged Scarab beetle logo & "Scarab" are lasered into the back of the pendant.

The pendant has been made to Alan's design & he cut the pink tourmaline from the rough material.