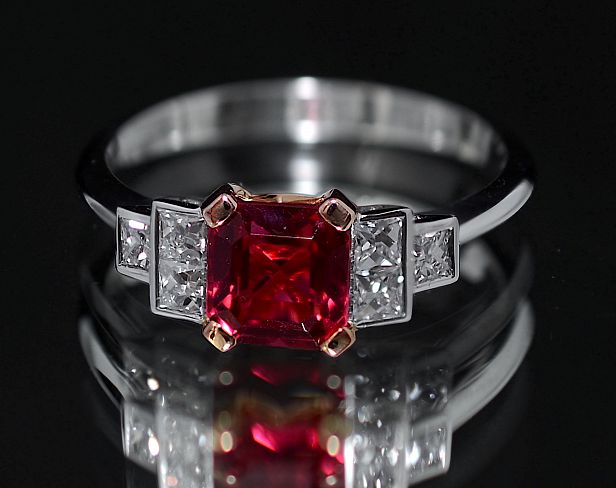 This ring is by Jewels by Scarab, custom made to Alan's design.

The ring has been hallmarked by the London Assay office for platinum & 18ct gold and bears the sponsor's mark "A&SP" for Alan & Sue Poultney.
The Jewels by Scarab winged beetle logo & "Scarab" are also lasered onto the inside of the platinum shank.