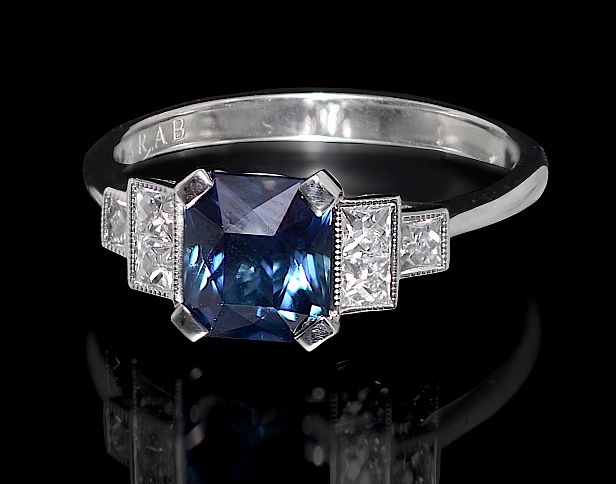 This beautiful ring is by Jewels by Scarab and has been made to Alan's design.

The ring has been hallmarked by the London Assay office for platinum, 2022 and bears the sponsor's mark "A&SP" for Alan & Sue Poultney.
The Jewels by Scarab winged beetle logo & "Scarab" are also lasered onto the inside of the platinum shank.

Weights, colours & clarities of the stones are estimated as the stones have been examined and measured in their settings. Where the stones carry an independent certificate this will be indicated