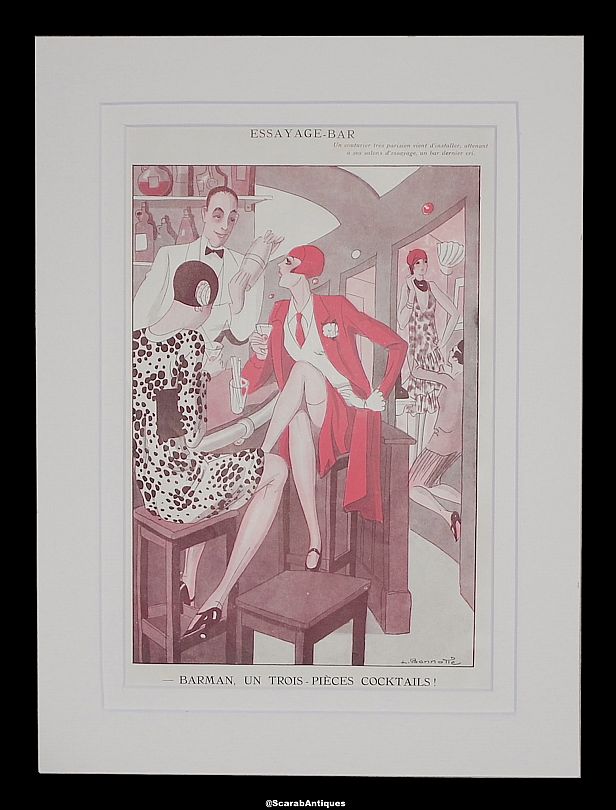 And another great illustration from the French magazine Fantasio. This one by L Bonnotic depicts 2 woman in front of a bar whilst a barman shakes a cocktail with a dressmaker in the backroom. The caption reads " Essayage Bar Barman un trois-pieces cocktails!". Presented in a double cream mount.