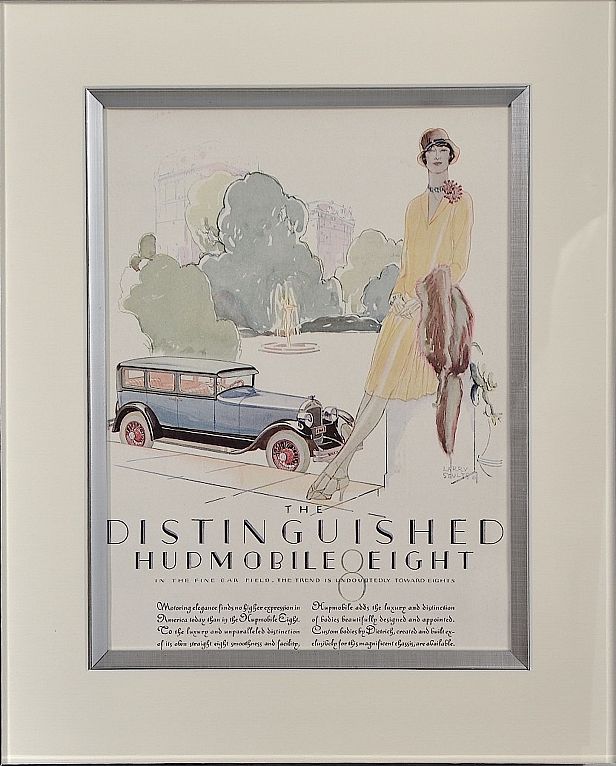 This is an authentic magazine advertisement designed by Larry Stults for the Hupmobile 8. They were done in 1926/27 and this one depicts a woman in a yellow flapper dress in the foreground with a blue Hup in the background. We have framed the advertisement with a chrome slip, a cream mount and a chrome frame.