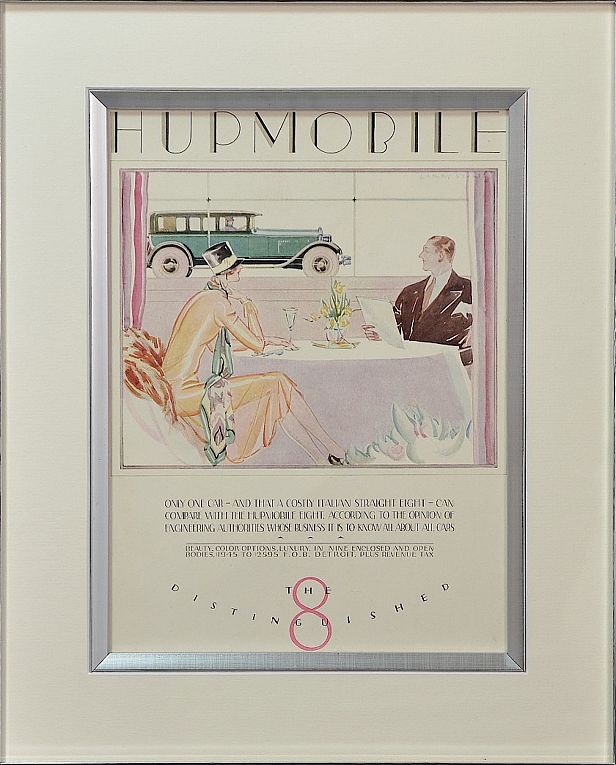 And another very stylish and evocative 1926/27 original magazine advertisement by Larry Stults featuring the Hupmobile 8 motor car! This one features a couple dressed in 1920s clothing in a restaurant with the man looking through the window at a green Hup. We have had it framed with a chrome slip a cream mount and a chrome frame.