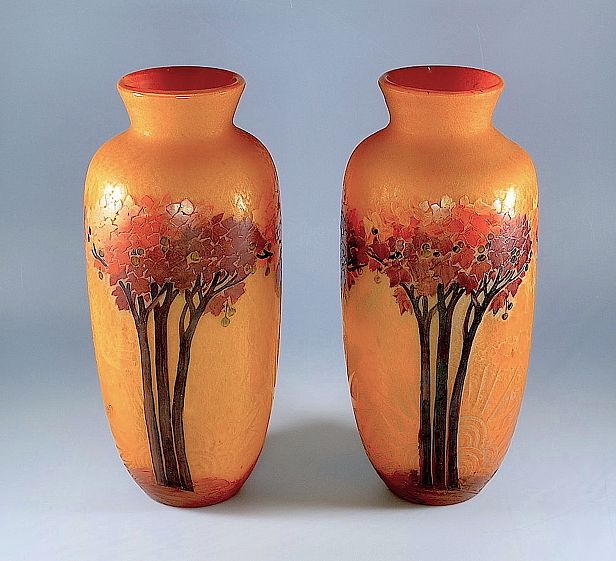 This is an absolutely fabulous pair of large and I believe very rare vases by the French company Legras. Made in the late 19th to early 20th century, these acid etched cameo glass and enamel vases have an amber coloured ground with four groups of brown orange and rust raised trees on a raised and etched sun designs. The etched sun designs extend around the bottom third of each vase. Each vase has a raised Legras signature to the side. I have seen a similar vase some years ago which although slightly larger had a tree design and the same etched sun design around the base and which was marked as being made for Paris decorators. Although this pair is not so marked the other similarities would lead me to think that this pair could also have been custom made. They are truly magnificent.