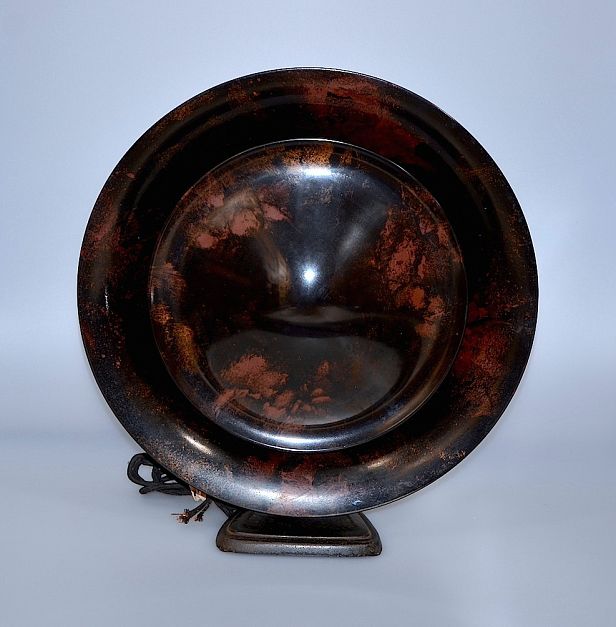 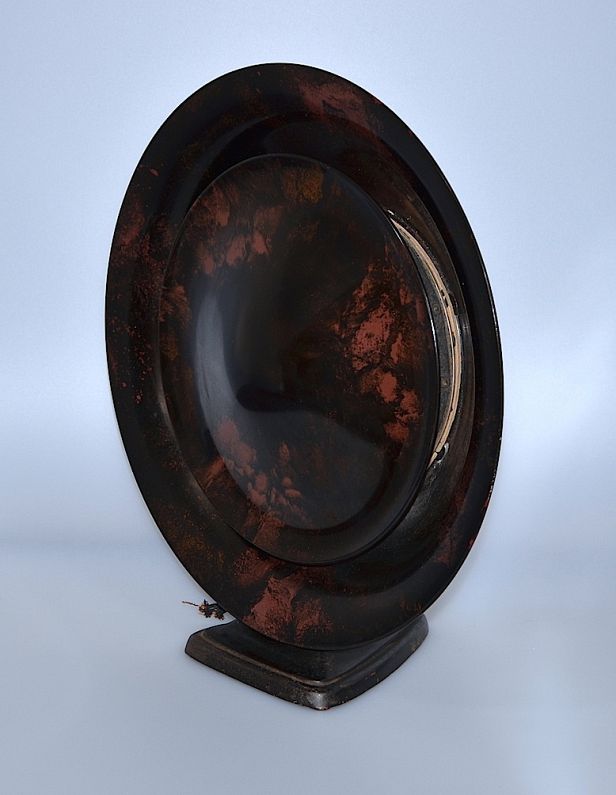 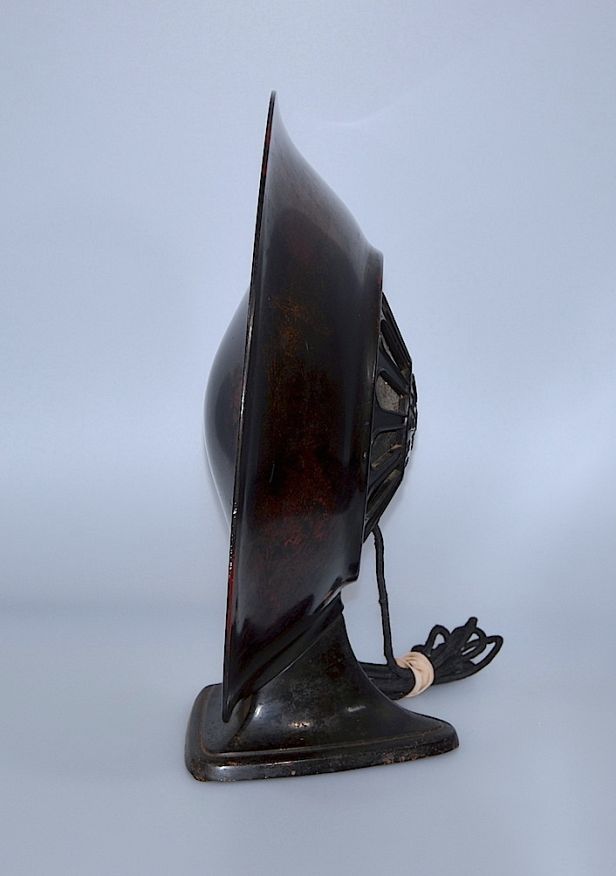 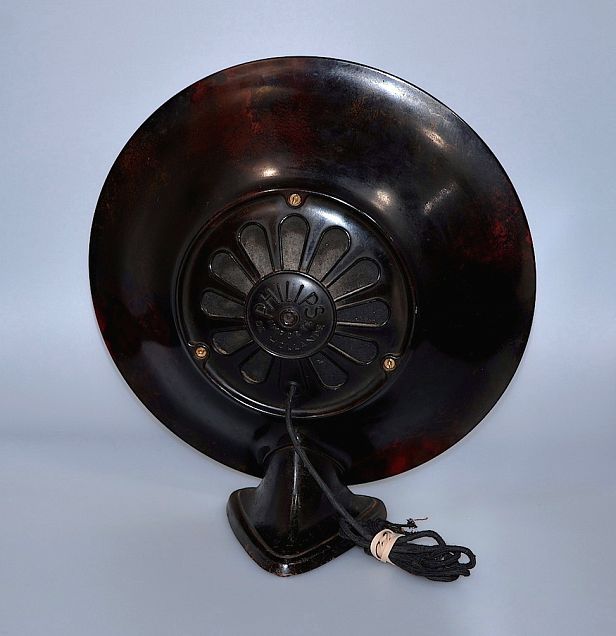 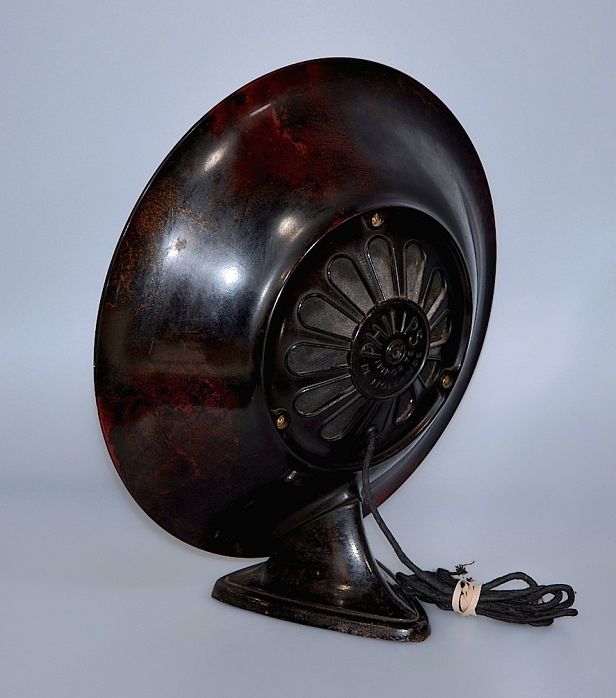 This fabulous bakelite speaker was designed by Louis Kalff for Philips circa 1930. The bakelite is mottled in colour. The speaker has a triangular metal foot leading to a large concave bakelite dish with an inner convex bakelite disc. The speaker sits in the bottom of the outer concave dish and behind the front convex disc, has not been removed nor has the fabric covered flex but there is no plug. The back of the outer concave dish is stamped "PHILIPS Importe de Hollande". The metal foot has been painted. There are some numbers painted to the underside of the foot namely "169489" in bronze coloured paint. I understand that this was the speaker for the first commercial radio produced by Philips. This is a truly fabulous statement piece that can be used as a purely decorative item.

Louis Kalff
Louis Kalff was a pioneering industrial designer in the Netherlands during the first half of the 20th century. He studied furniture design, sculpture, ceramics and architecture and went to work for Philips in 1924 in the marketing department of which he was later put in charge.
In 1929 he started a department for the design of lighting products and was later made responsible for the lighting sections of the World Exhibitions in Barcelona, Antwerp and Paris.
He designed Evoluon Holland's first science centre in Eindhoven which was opened by Philips in 1966
Kalff was a multi-faceted designer who undertook many freelance projects for various producers.
This speaker appears in a video of the largest collection of Art Deco Radios collected by a Sydney dentist. The link is http://www.abc.net.au/news/2014-10-31/art-deco-radio-collection/5859074