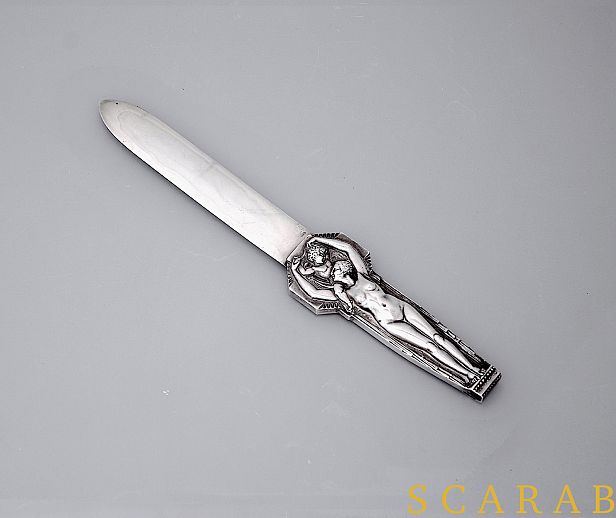 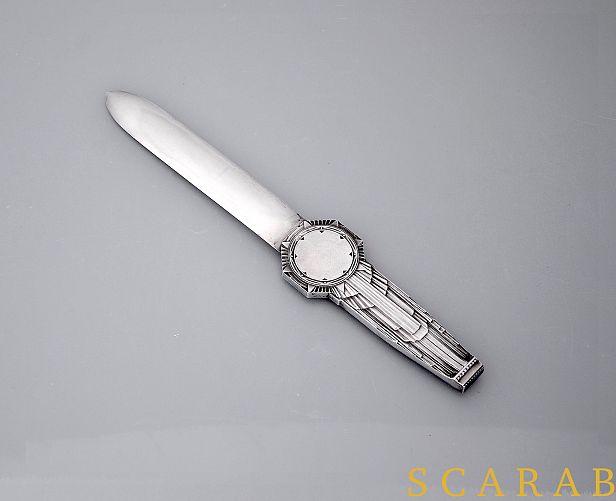 This wonderful French silvered bronze Art Deco paperknife is by Lucien Bazor. The front is beautifully detailed with a nude female holding a child aloft. It is signed "Lucien Bazar 1928" on the front below the plinth on which the woman stands. There is a wonderful swags & tails style geometric design on the reverse with a central blank cartouche. The end of the paperknife is stamped "Argent" and with the Cornucopia mark of La Monnaie de Paris. However although it is stamped "Argent" I believe that this is in fact silver plated over bronze rather than solid silver. A really tactile and useful object.

Lucien Bazor (1889–1974)
Lucien Bazor was the Chief Engraver at the Paris Mint from 1930 to 1958. He initially studied under his father, Albert Bazor and later became the pupil of Patey at the École Nationale Supérieure des Beaux-Arts. He won the Grand Prix de Rome in 1923 for his engraving.