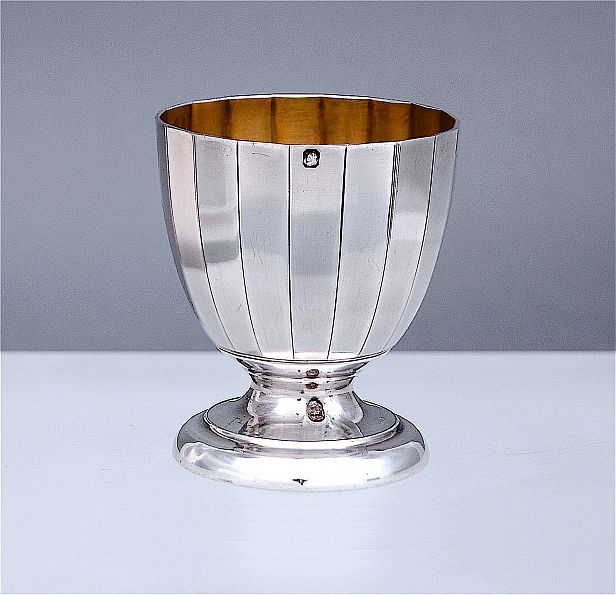 This very pretty silver egg cup was made by the French company Olier & Caron during the Art Deco period. The round domed foot supports a narrow stem below an 18 sided cup. The interior of the cup is gilded. The top is stamped with the Minerva silver mark and the maker's mark for Olier & Caron (a rising sun above "OC" and a star below in a diamond shaped cartouche). There is an indistinct stamp below the stem. This is the gift for the person who has everything but would like to eat their breakfast boiled egg in style!

Olier et Caron
Olier G. & E. Caron, goldsmiths, based at 39 rue de Turbigo in Paris.
Caron took over from Henri Soufflot, who had taken over from Henri Chenaillier.
Olier & Caron registered their punch in November 1910
Olier & Caron won several prizes including the French grand prix at the 1929 Cairo, the Grand Prize at the 1931 Paris Colonial Exhibition and the Grand Prize at the 1935 Brussels Universal Exhibition