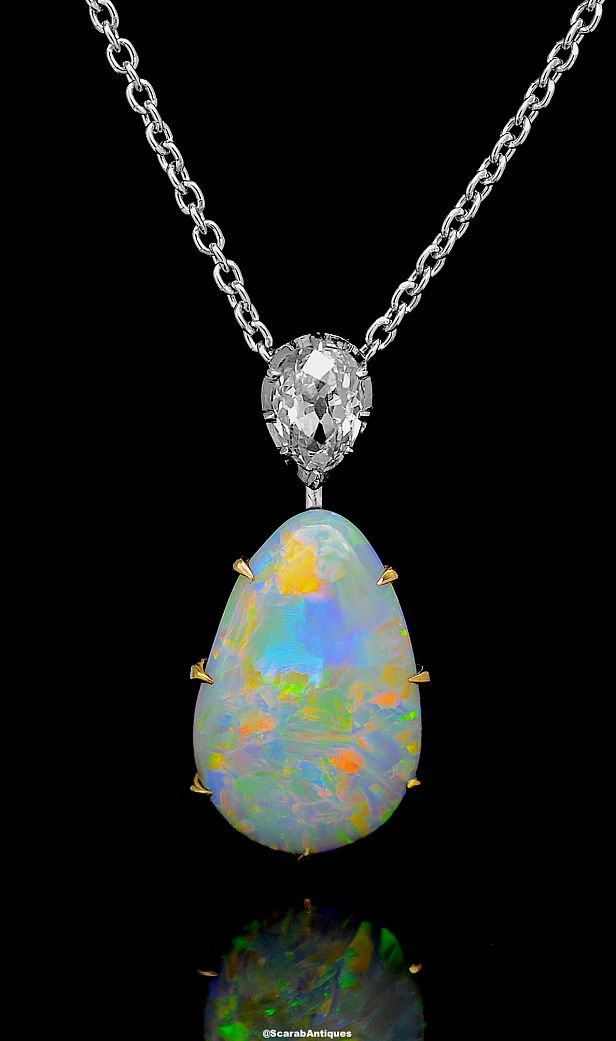 This is a lovely elegant pendant. At the top set in a platinum setting is a pear shaped diamond suspended form which in an 18ct yellow gold claw setting is a cabochon pear shaped multi coloured opal that has been cut by Alan. The pendant hangs on a platinum trace chain.