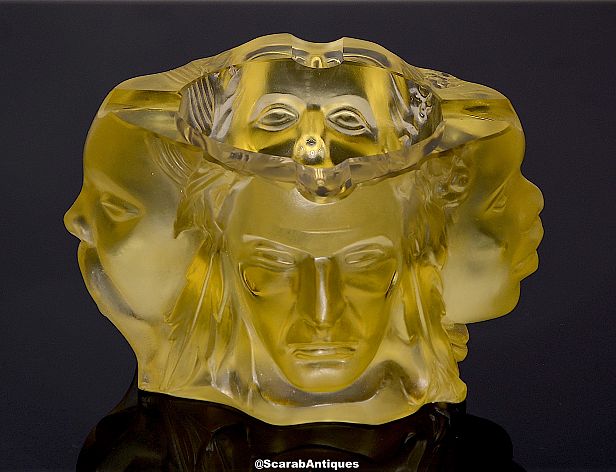 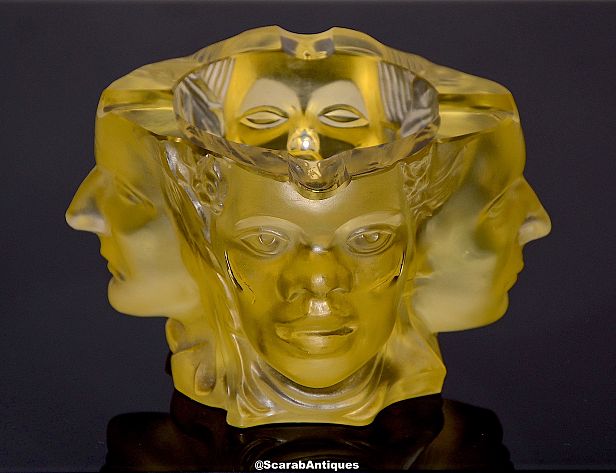 This is a really interesting piece. The yellow moulded & frosted glass ashtray has 4 heads - a native North American Indian, an African, a Chinaman and a European. I think that this is meant to depict representatives of 4 continents. Alternatively it could depict representatives of a country's colonies which leads me to think that this may be French made in the 1930s and possibly a souvenir from the 1931 Paris Colonial Exposition. This would not explain the depiction of a native North American Indian as by 1931 France no longer held any American colonies although it did have colonies in Africa & Indochina. One explanation could be that it included a North American to confirm the close tie between France & America (France assisted America in the War of Independence against Great Britain) & America did exhibit at the 1931 Exposition) and that the European is meant to depict a Frenchman! However this is all supposition - my belief is that it was made during the 1930s but why it was made (other than to be used as an ashtray) is lost in the fogs of time! It is still a great piece and a great talking point.