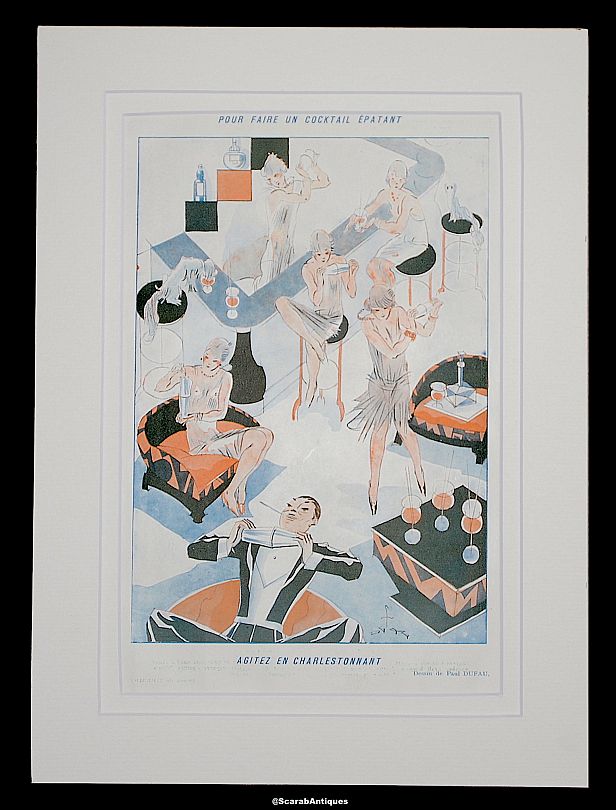 This is another great advertisement from the French magazine Fantasio. This one is by Paul Defau and depicts a waiter and flapper girls shaking cocktails with the caption "Pour faire un cocktail epatant agitez en Charlestonnant" . Presented in a cream double mount.