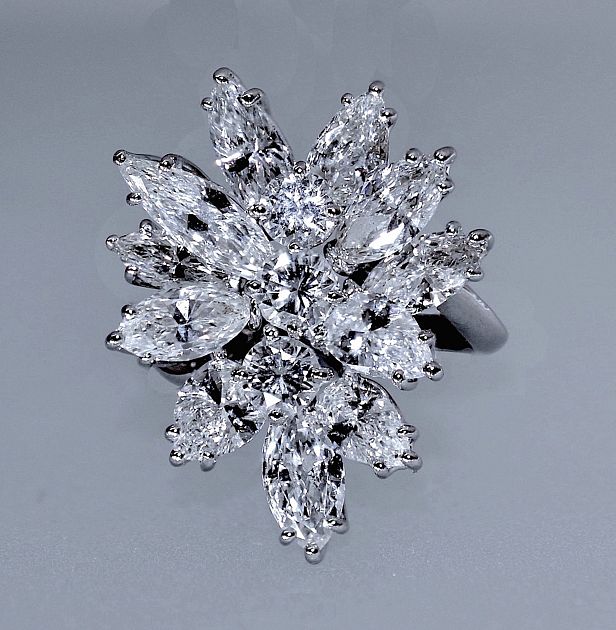 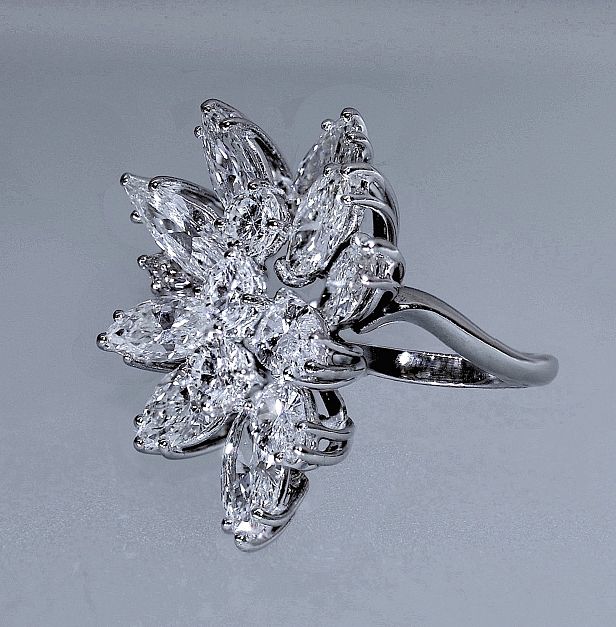 This fabulous platinum and diamond contemporary ring comprises a total of 14 claw set diamonds of varying cuts set at varying angles and levels to form a fan shaped cluster. 3 round diamonds are claw set down the middle and the 4 claw set pear shaped diamonds and 7 claw set marquise diamonds radiate from the centre diamonds at various angles and levels. We had it hallmarked for platinum by the London Assay Office in June 2015 to confirm the metal content but it has not been date marked as it was made earlier than 2015 . It does however bear our sponsor's mark as required by the Assay Office. A spectacular ring!

Weights, colours & clarities of the stones are estimated as the stones have been examined and measured in their settings. Where the stones carry an independent certificate this will be stated.