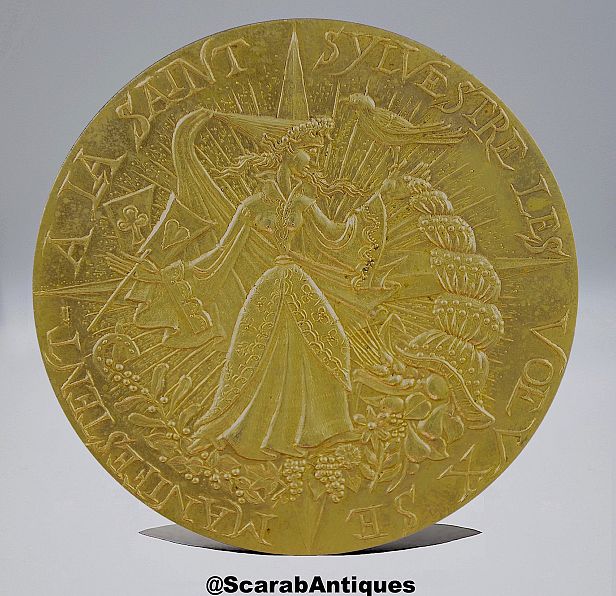 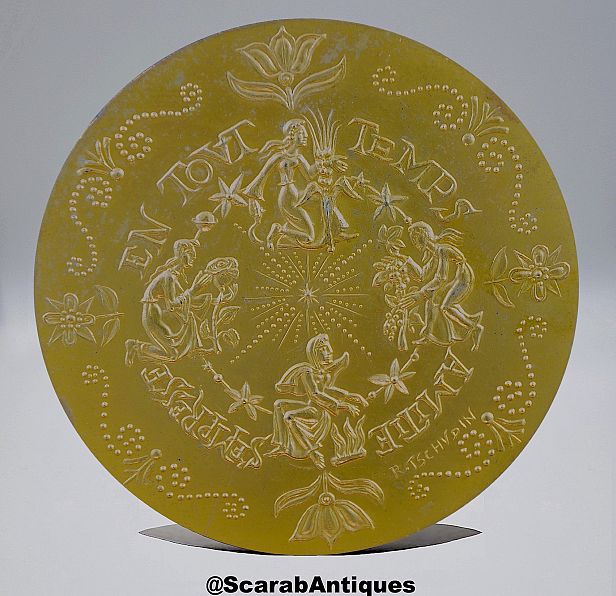 The obverse depicts a woman dressed in medieval attire holding two flags in her right hand and with a bird perched on her outstretched left hand. She is surrounded by fruit and flowers and a spiral shell type object that has fruit arranged below so as to give the impression of a face in a large hat. She stands in front of a star the 4 points of which are just visible.

Around the edge are the words "A la Saint Sylvestre les Voeux se Manifestent" On the reverse are four women one is reaping corn with a scythe, one is harvesting grapes, the third is warming her hands before a fire and the fourth is admiring a rose.

There are flowers and decorative swags and in the centre a small radiating star. Around the edge are the words "En Tout Temps Amitie S'Empresse" It is signed R Tschudin on the bottom right. The edge is stamped "1970 Cuivre" and has the cornucopia mark of the Monnaie de Paris.

The following translation was provided by our lovely friend Glenys:
The obverse:
At New Year’s Eve the wishes are manifested
The reverse:
At any time friendship is hastening.

French sculptor & medal engraver.
Studied at the Ecole Nationale Superieure Des Beaux-Arts under Henri Dropsy.
Member of & exhibited at the Salon of French artists winning a bronze medal in 1938 & silver in 1944.
Won the Grand Prix de Rome in 1945 for engraving medals.
Many medals had religious themes.