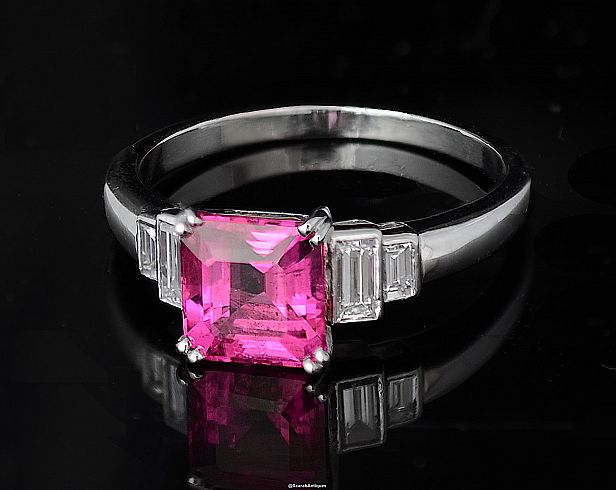 In the centre of this elegant ring is a square red/pink tourmaline set in 4 split claws. On each shoulder are 2 graduated baguette diamonds set in platinum rubover settings above a platinum shank.