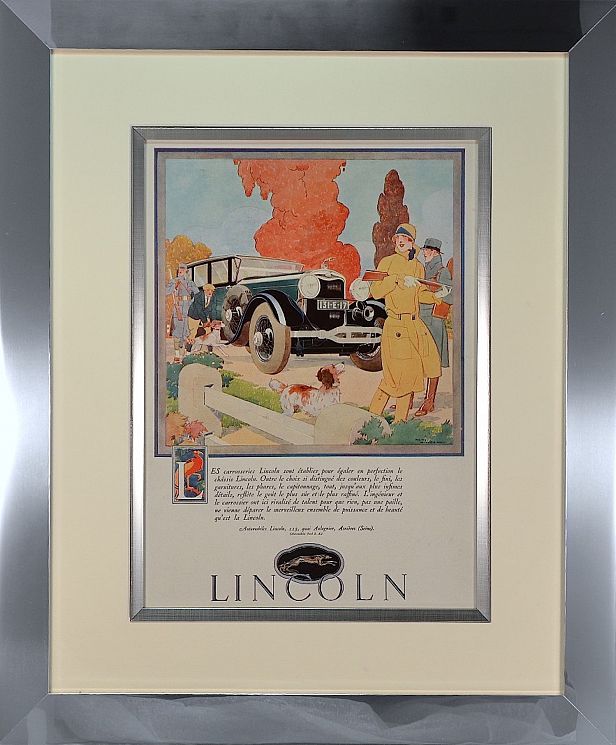 And another fabulous original advertisement for Lincoln cars by Rene Vincent that was published in a French periodical in 1928. In the right hand foreground of the central picture are a man & a woman in Art Deco shooting attire, the woman holding a shotgun. In front of and to her left is a hunting dog and in the background is a Lincoln car and two men both dressed for shooting, one carrying a shotgun and the other restraining a hunting dog. There are autumnal trees in the background. There is a small picture below the bottom left hand side of the main picture containing a pheasant with a superimposed letter "L". There is text in French below the picture and a racing greyhound, the Lincoln car mascot and the word "Lincoln" below the text. We have had it framed in a chrome frame with a cream mount and a chrome slip.