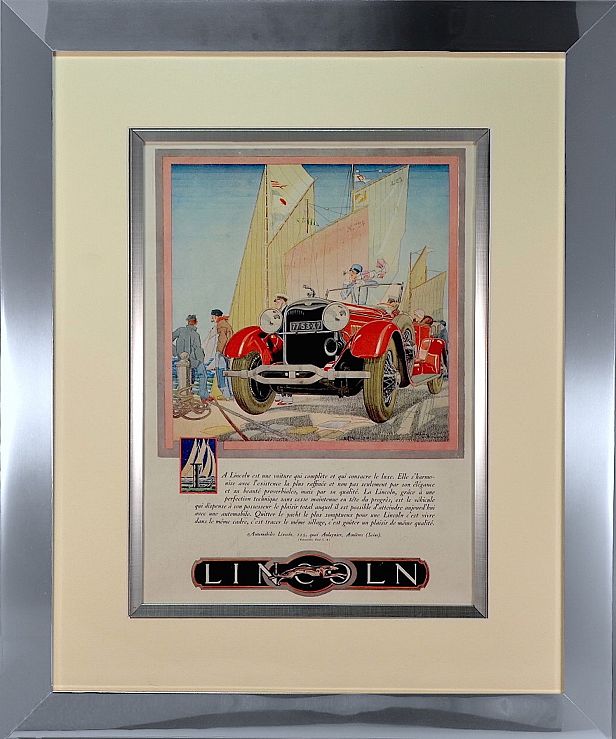 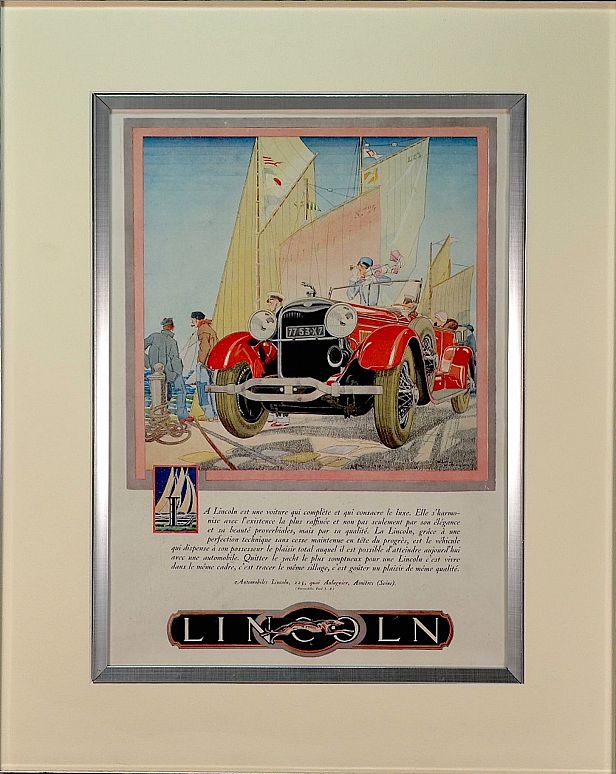 And yet another fabulous original advertisement for Lincoln cars by Rene Vincent that was published in a French periodical in 1928. In the centre of the picture is a red Lincoln open topped car with a woman with binoculars and a floating scarf standing in the car next to the chauffeur with a fur glad woman in the rear. The car is parked on a quayside with fishermen to the left and sailing ships in the background. There is a small picture below the bottom left hand side of the main picture containing a yacht with a superimposed letter "L". There is text in French below the picture and a racing greyhound, the Lincoln car mascot and the word "Lincoln" below the text. We have had it framed in a chrome frame with a cream mount and a chrome slip.