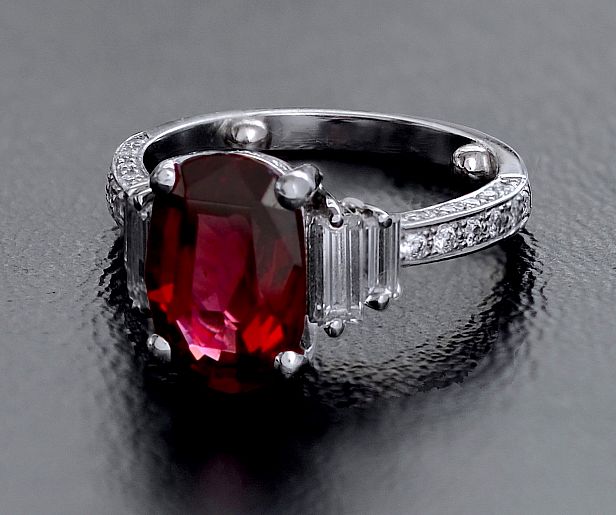 A very classic ring. It is set with an oval rhodolite garnet in a 4 claw platinum collet with 2 graduated stepped diamond set shoulders above diamond pave set extended shoulders and sides leading to a tapering platinum shank.