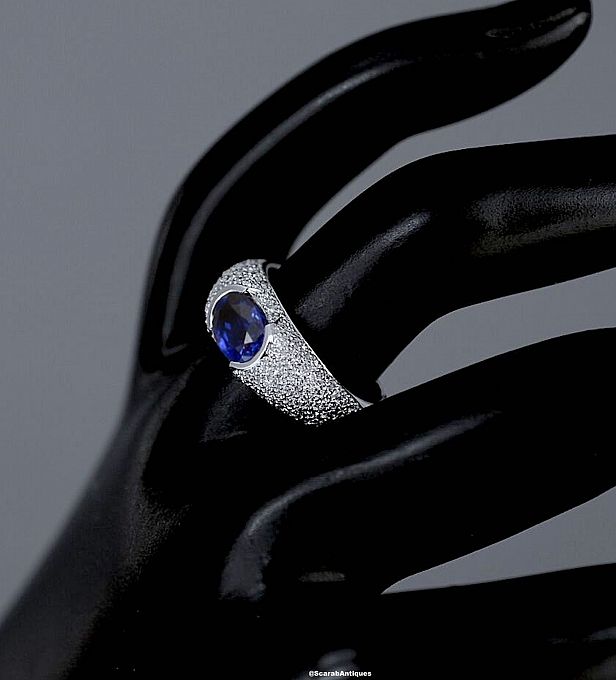 This stunning ring has been handmade in platinum to Alan's design. Set down in the centre of the slightly domed ring is a fine oval sapphire with 104 small round diamonds grain set around it and down the shoulders that lead to a tapering platinum shank. The ring has been hallmarked by the London Assay Office for platinum & 2105 and bears the sponsor's mark "A&SP" for Alan & Sue Poultney. This is a beautiful elegant ring.

The sapphire is accompanied by a certificate dated 25 March 2015 from the Gem & Pearl Laboratory stating that there is no evidence of treatment i.e. it is not heat treated