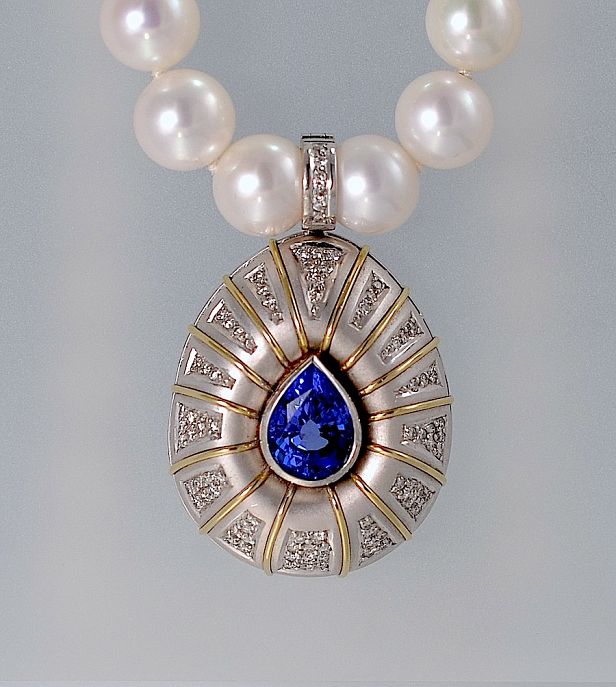 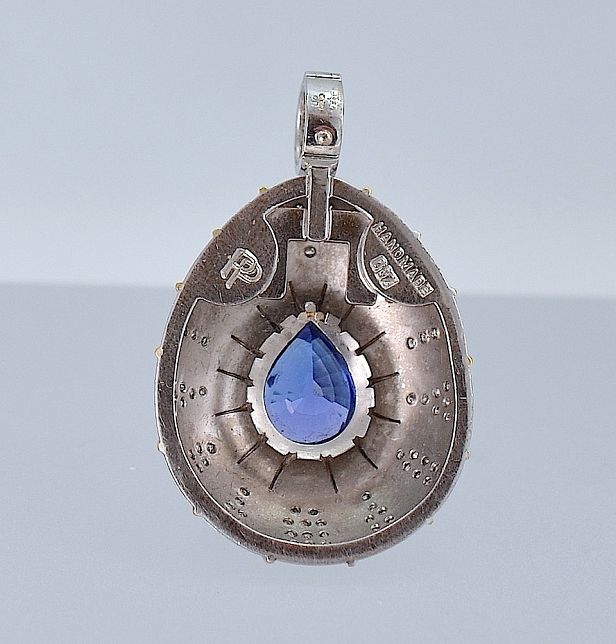 This elegant enhancer pendant has a fine pear shaped tanzanite in an 18ct white gold rubover setting in the centre of the domed 18ct white gold pear shaped pendant. Fourteen 18ct yellow gold wires radiate from the centre to the edge effectively creating fourteen panels that mirror each other down a central line. Each panel is pave set with small round diamonds. At the top of the pendant is a round 18ct white gold loop that has a narrow oblong panel pave set with small round diamonds on the front and a round snap hinge clasp at the back to enable the pendant to be worn on pearls or a chain.

The tanzanite was cut by Alan from rough material that he bought in Tanzania in the early 1980s. Like the majority of rough tanzanite it was brown in colour and so as is usual with tanzanite that is brown colour in the rough, it was heat treated to turn it to its present colour. The pendant was designed by Alan and handmade by his brother Randal a master jeweller in South Africa. It is hallmarked for 18ct white gold by the London Assay Office and bears the sponsor's mark A & R P for Alan & Randal Poultney. It is also stamped PP for the Poultney Brothers. A very dramatic and unique piece.