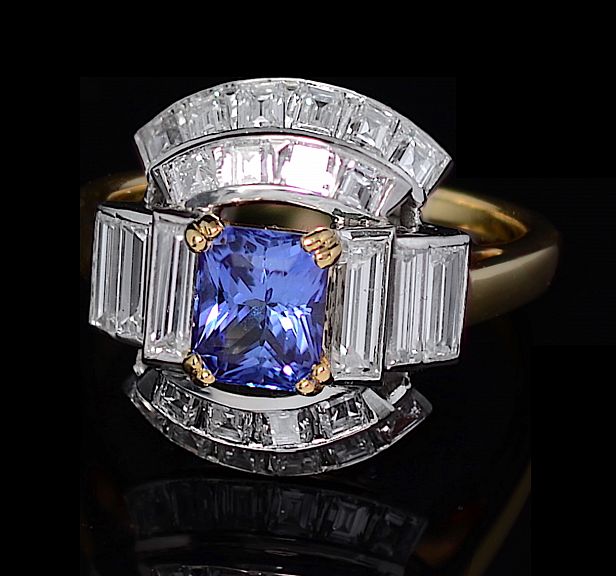 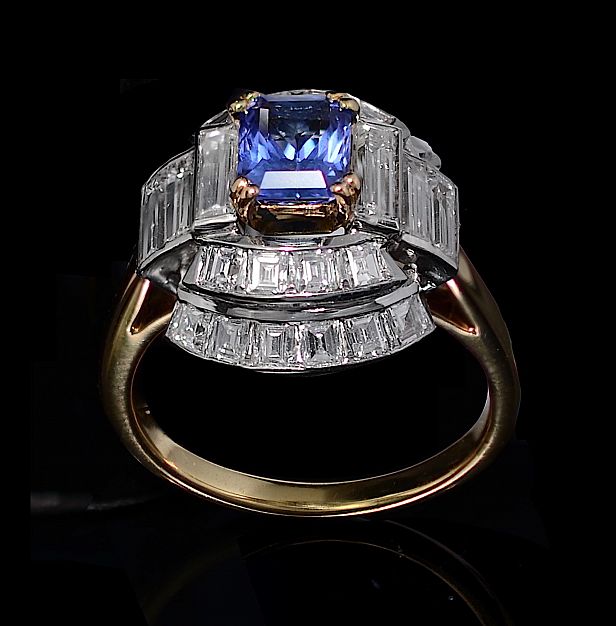 This is an unusual design.

There is a curved stepped down 18ct white gold setting at each end of the tanzanite, containing two rows of small baguette cut diamonds.

The ring has an 18ct yellow gold shank.