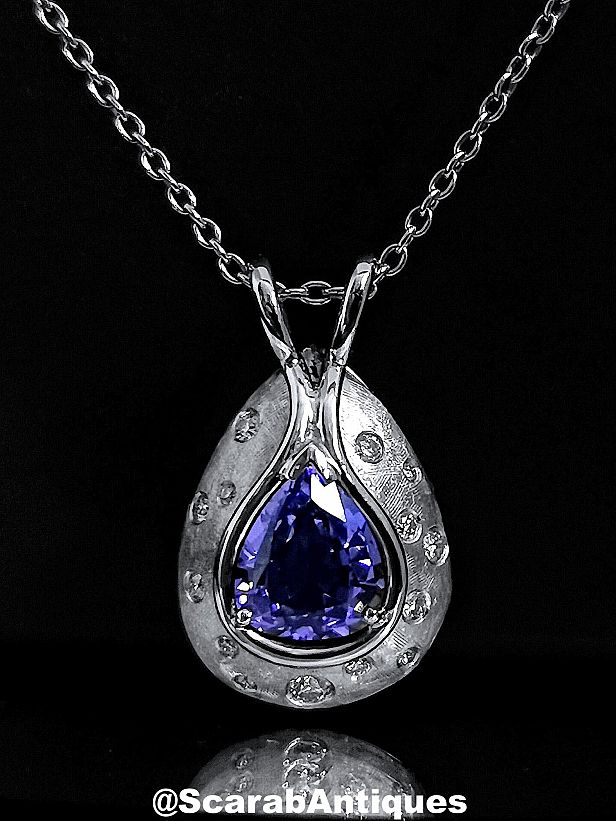 Another lovely pendant handmade to Alan's design! in the centre of the platinum pear shaped pendant is a pear shaped tanzanite set in claws within a textured platinum spear shaped surround that has been flush set with round diamonds. There is a platinum wire that runs around and above the tanzanite to form the double loop bale. The sides of the pendant are set with small round diamonds. The pendant hangs on an 18ct white gold chain. The pendant has been hallmarked by the London Assay Office for platinum 2020 & bears the sponsor's mark "A&SP" for Alan & Sue Poultney.