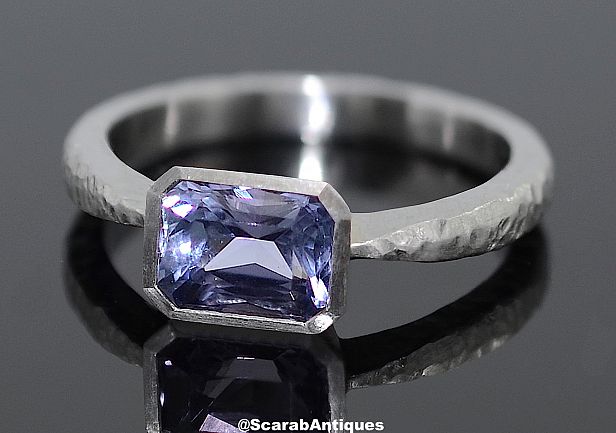 The combination of the pale purple blue tanzanite with the greyish tone that is produced when platinum is planished works really well. The emerald cut tanzanite has been set horizontally into the top of the ring in a platinum rubover setting above a planished platinum shank. This is another stone that Alan cut from the rough material and the ring has been handmade to his design. It is hallmarked by the London Assay Office for platinum, 2019 & hears the sponsor's mark "A&SP" for Alan & Sue Poultney.