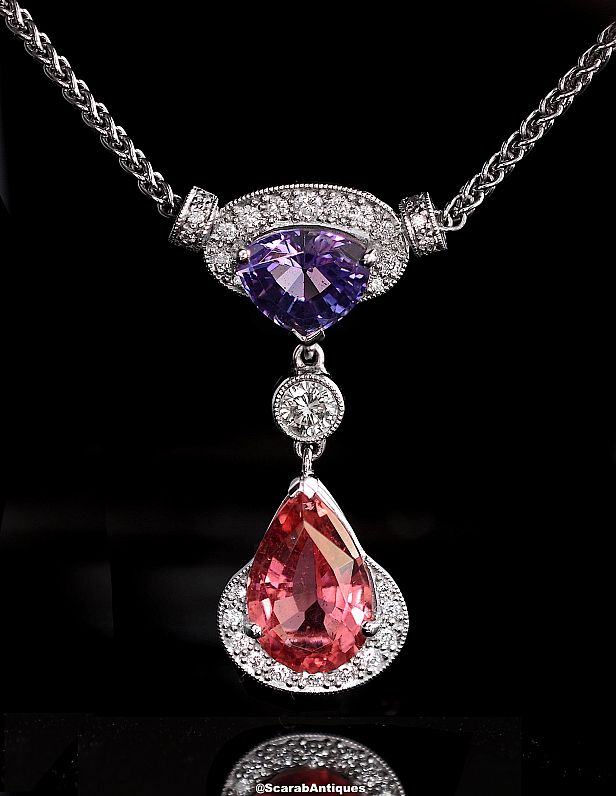 
Weights, colours & clarities of the stones are estimated as the stones have been examined and measured in their settings. Where the stones carry an independent certificate this will be indicated.