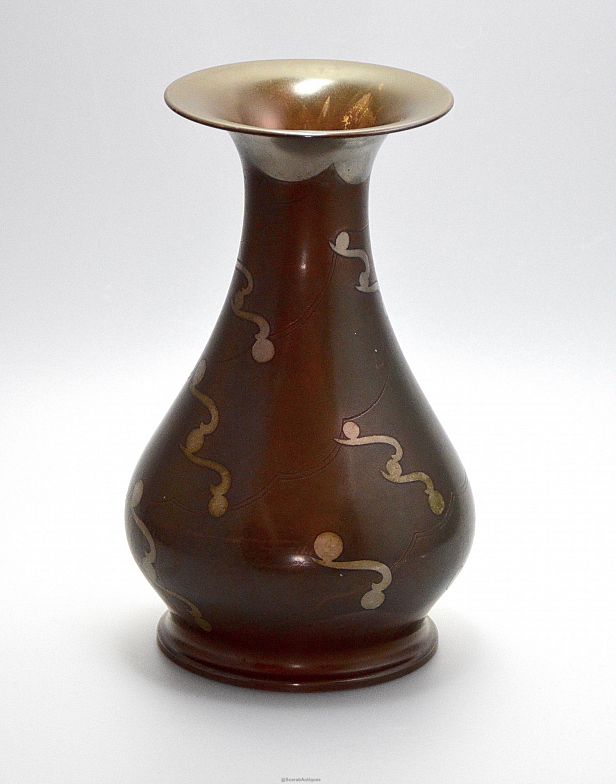 I love WMF Ikora metal ware and this is a very nice vase. Made by the German company WMF (Wurttembergische Metallwarenfabrik) during the 1930s this vase is baluster shaped and decorated in tints of brown with white metal and incised decorations. The base is stamped with the windmill mark with "WMF" below.

The entire range of Ikora metalwork was produced by WMF from the early 1920s until the 1960s.
During the first world war, Hugo Debach, who later became director-general of WMF, took the initiative in having experiments conducted in chemical and thermal tinting of metals. Shortly before 1927 he founded the Neue Kunstgewerbliche Abteilung (NKA: New Division for the Applied Arts) at WMF for upgrading metals. The brilliant colours and the boundless possibilities for design arising from this new technique met with resounding success at the time.
The name "Ikora" comes from a plant with brilliantly coloured flowers endemic to south-east Asia sacred to the goddess Ixora and was adopted by WMF to convey the costly and exclusive quality of this range.